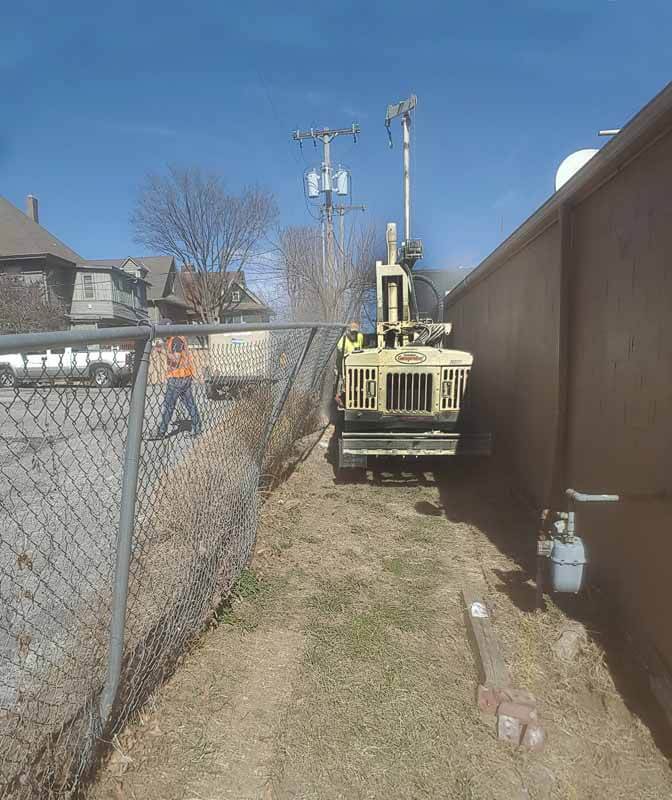 With only a 6-ft. access alley, the 7822DT had inches to spare while at some of the more confined work areas.

A gas station located within the urban core of a major midwestern city was confirmed to have leaking underground storage tanks. Since there was limited access to the drilling locations, RAZEK Environmental, in Louisburg, KS, brought in their 7822DT to complete the air rotary rock drilling work. Tony Poulter and Rob Ray of RAZEK had previously used the 7822DT with air rotary rock drilling so they were confident in a successful outcome.

Scope of work:
•  20 soil borings advanced to bedrock, ranging from 7- to 15-ft. bgs
•  20 borings using 10 5/8-in. OD augers to bedrock for 8-in. surface casing installation
•  20 air rotary boreholes through weathered limestone and into bedrock for 2-in. monitoring well installations

Tony said their 7822DT was ideal for drilling under the canopy at the gas station, behind the gas station building (with 6 feet of clearance), within residential backyards, under low hanging trees, along sidewalks, and in high-traffic areas.

“Our Geoprobe® 7822DT had no problem turning the 10 5/8-in. augers down to bedrock in order to set 8-in. surface casings,” Tony said. They used a downhole hammer attached to the augerhead with a swivel to advance a 6-in. diameter boring into the weathered limestone.

The geologist onsite was able to screen the rock cuttings with a handheld PID to measure hydrocarbon levels during drilling operations.  The readings were used to determine the vertical extent of hydrocarbons at each location.  As an added benefit, Tony said, “We were able to determine the depth of competent limestone (confining layer for groundwater) across the area at depths ranging from 30- to 40-ft. deep.”

This information was used to map the bedrock and ultimately provide a guide for further delineation of the migrating petroleum hydrocarbons through the weathered limestone. 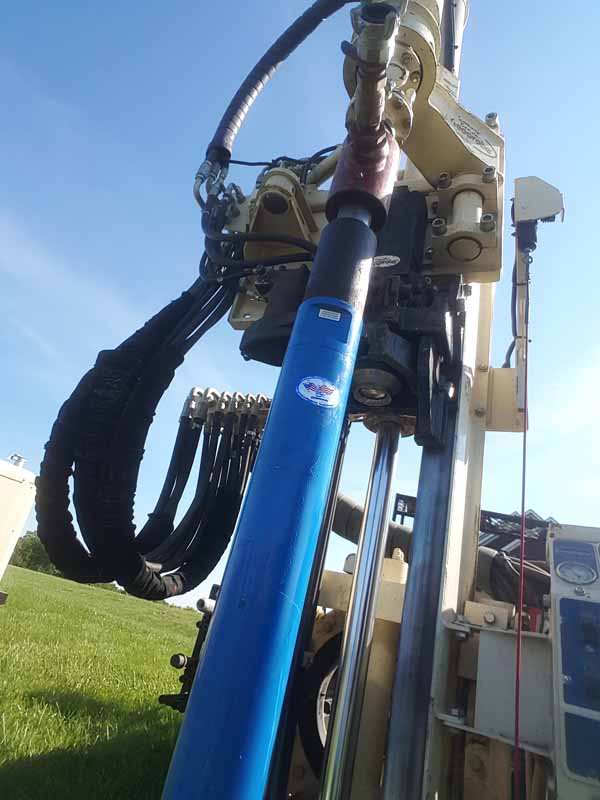 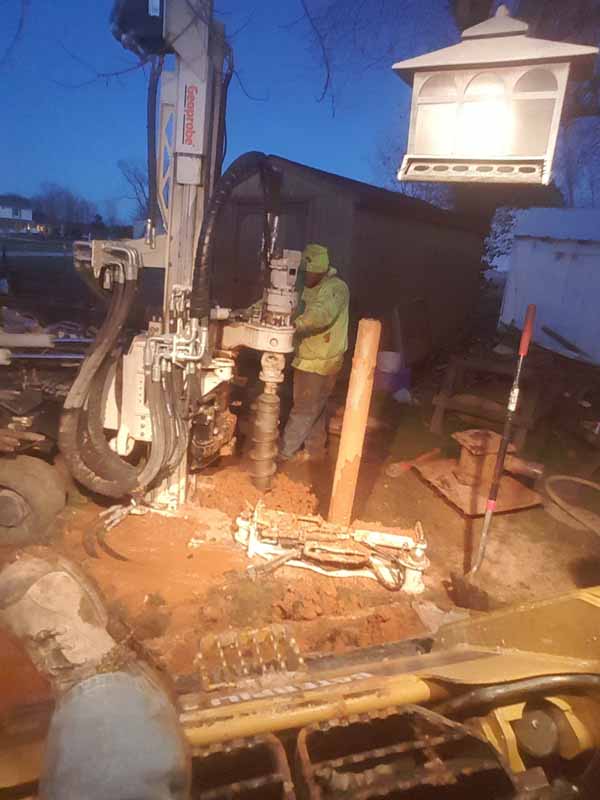 With only a 6-ft. access alley, the 7822DT had inches to spare while at some of the more confined work areas.

RAZEK Environmental used air rotary with their 7822DT on an underground storage tank site. All of the drilling and well installations were successfully completed within 2 weeks. 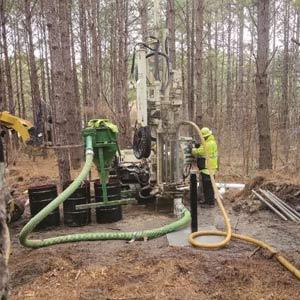 Establishing a strong foothold in the direct push business, Geo Lab Probing Services got their start in 1996 as a sampling, on-site lab screening company... 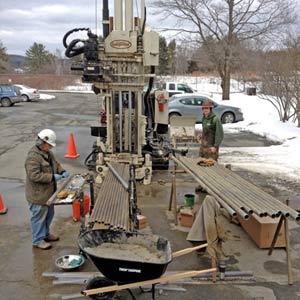 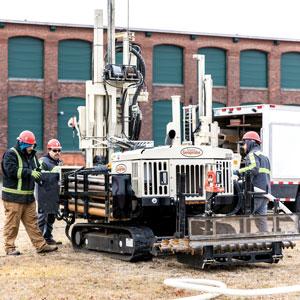 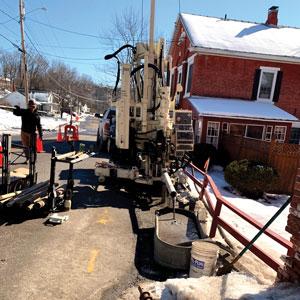 Versatile Tooling Platform Upon Which to Build New Company

This past summer when Michael Jordan formed his own company in Vermont he chose a 7822DT and genuine Geoprobe® tooling to build Platform Environmental Drilling and Remediation... 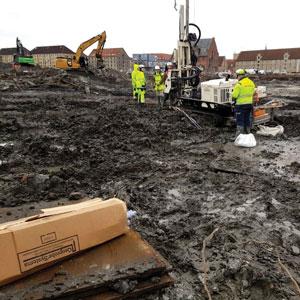 Using a Geoprobe® 7822DT with DT22, intact soil samples could be taken in designated depths to help approximately 20 archaeologists from Museum of Copenhagen uncover the city’s environmental history...