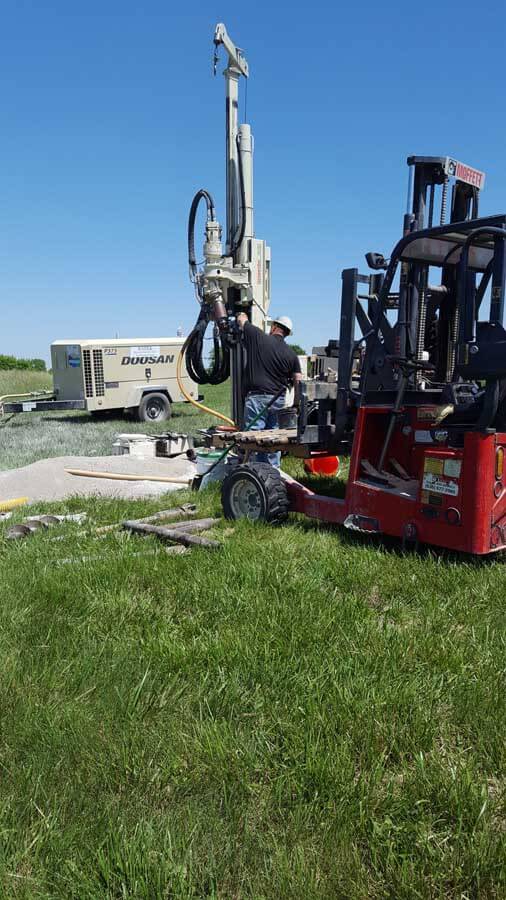 Tony Poulter, Vice President and Co-Owner of RAZEK Environmental, installs geothermal loops in 6-in. diameter, 150-ft. deep bores with a 7822DT. Tripping out of the boring in 5-ft. increments “worked flawlessly.”

During the last 23 years, Tony Poulter, Vice President and Co-Owner of RAZEK in Louisburg, KS, has operated a Geoprobe® machine. And it seemed to him that the second question he was asked every day was, “How deep can that thing go?” And the answer has always been, “until we hit rock or run out of rods!”, Tony said. “Of course the first question was, “Y’all drillin’ for oil?”

The answer to both questions has now become more complicated for Tony and the company.

On May 21, 2016, Tony attempted to drill a 6-in. boring to 150 feet for the installation of geothermal loops at their headquarters in Kansas. They spent a lot of time researching whether they could even attempt rock drilling with their 7822DT, and many of the experts told them they were foolish to even try. According to Tony, “they said rock drilling must be done with a larger rig with more weight, more torque, and higher rotation speed.” But, as Tony found out, the 7822DT out-performed all of the ‘experts’ and created a very lucrative niche market for their firm.

Direct push refusal at the property is around 8 feet, and at 12 feet they encountered clay overburden with intermittent layers of weathered limestone and some shale. During the first 30 minutes of air rotary drilling with the 7822DT, they passed 50 feet and felt “very confident,” Tony said. Limestone bedrock was encountered around 80 feet, and the drilling rate slowed. As they advanced deeper into the boring, and the rock became tougher to penetrate, the 7822DT never slowed down.

“We passed 100 feet at the 90-minute mark and ended up at 162-ft. below ground surface,” Tony said, “just 3.5 hours after beginning (give or take a few breaks along the way).  We could have kept drilling deeper but, as history has proven, we could only go until we ran out of rods!”

They drilled the 6-in. diameter borings to install 15 geothermal loops at their facility to upgrade the company’s furnace and air conditioning systems for ground source geothermal heating and cooling.

Tripping out of the boring in 5-ft. increments was no small task, but the Geoprobe® hydraulic break-out system worked flawlessly on every joint.

For the project, RAZEK used an industry-standard drill rod with a side-port swivel connected to the augerhead. An external air compressor was used to clean the cuttings out of the boreholes and to activate the downhole hammer. 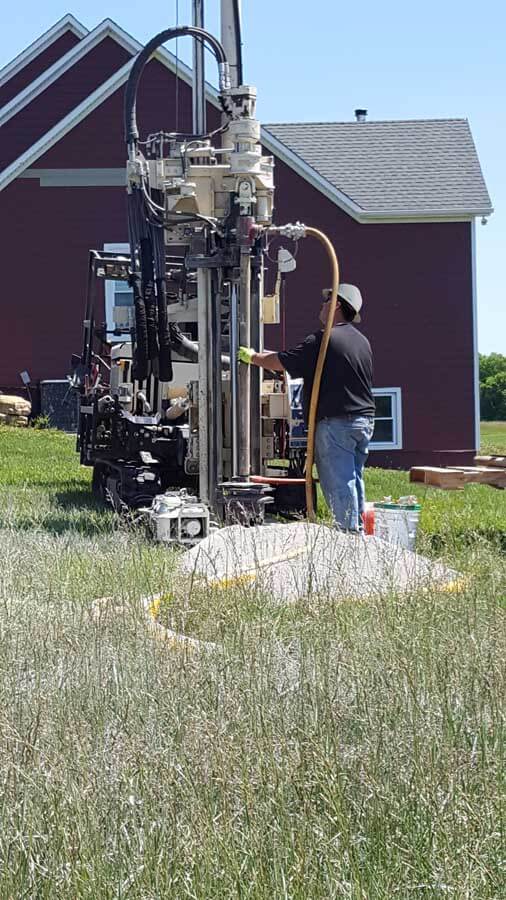 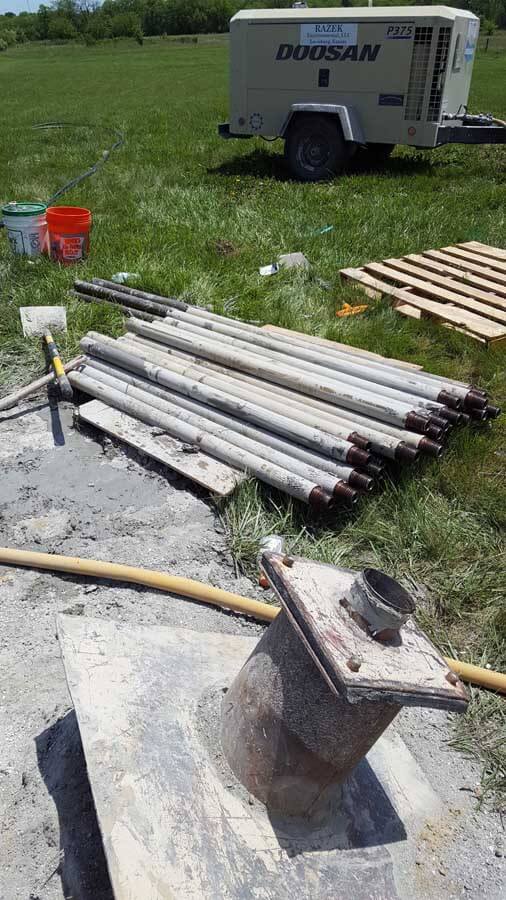 Tony Poulter, Vice President and Co-Owner of RAZEK Environmental, installs geothermal loops in 6-in. diameter, 150-ft. deep bores with a 7822DT. Tripping out of the boring in 5-ft. increments “worked flawlessly.”