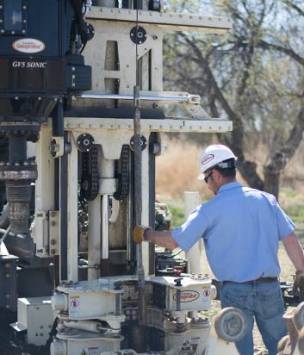 Designed to complement the Sonic Dual Tube 6 in. (SDT60) system for sonic applications, the SDT60 Weighted Wireline (WWL) core drilling system from Geoprobe® adds yet another innovative tool to the Geoprobe® sonic tool box. While conventional wireline core drilling systems with various latching mechanisms have proven themselves in the coring world, their adaptation to sonic applications has not been without its challenges.

The ‘secret’ behind the SDT60 Weighted Wireline design is ... Mass. The core barrel uses a simple weight system to hold it in place at the bottom of the tool string rather than a mechanical latch. In other words, the latching mechanism is replaced by a weight system.

According to Davis, one critical design feature of this wireline core drilling system is the adaptation of the modular weight system to the Geoprobe® rod handler. “Once the weight system is initially put into the tool string, it’s not handled by us again until after the last sample has been retrieved from the borehole,” he said. During every sample extraction at ground surface, the weight system is easily handled by the rod handler and never by the driller or driller’s helper. “Coming from someone who spends their days outside working with tools, that’s a great thing!” Davis added.

The SDT60 Weighted Wireline system is designed to complement the standard SDT60 tooling. Davis recommends using standard SDT60 tooling with 2.25-in. center rods in softer, shallower formations. When deeper intervals (50 feet plus) or consolidated formations are encountered, “the weighted wireline core drilling system can easily be implemented without pulling the casing,” Davis added. 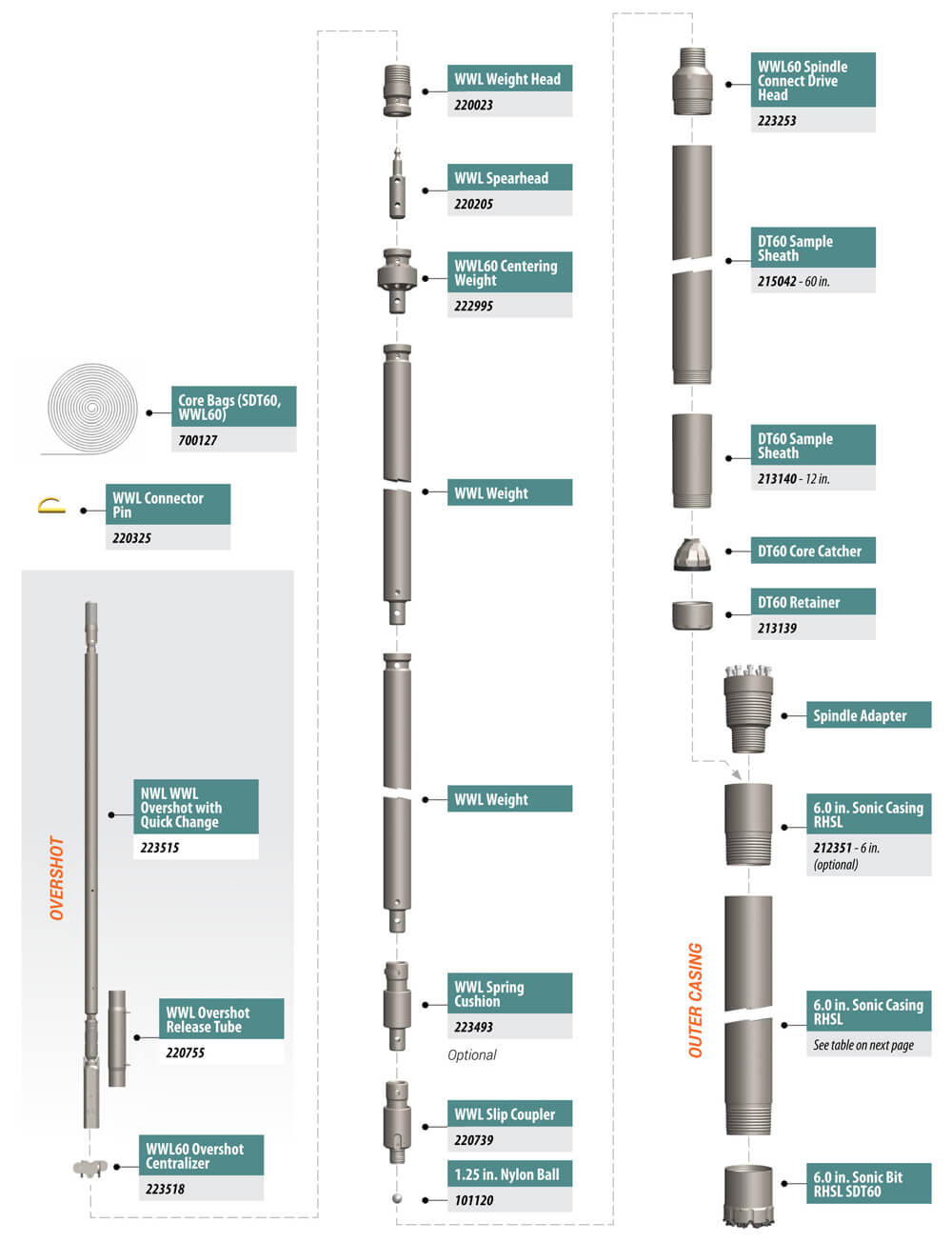