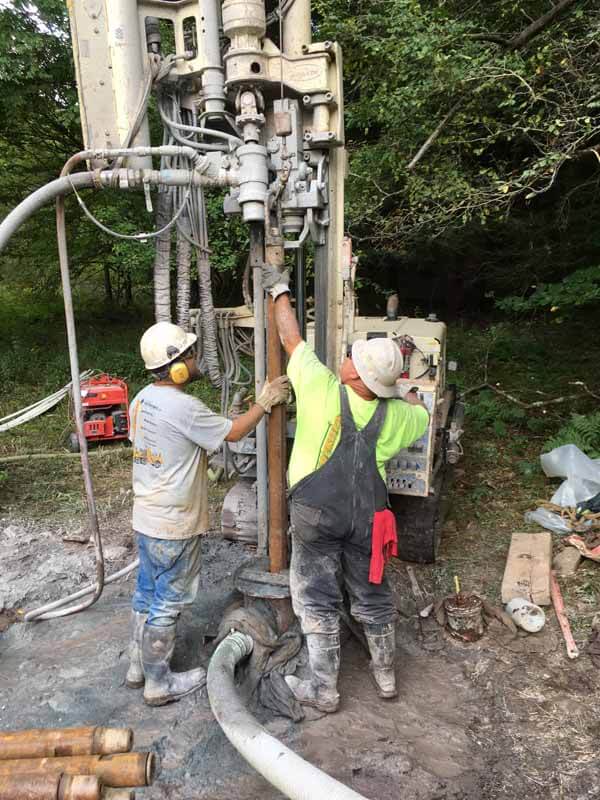 Eichelbergers, Inc., in Mechanicsburg, PA, was approached by a municipal client who needed to do some exploratory water supply well drilling in a remote, environmentally sensitive area in northern Pennsylvania. No rubber tired vehicle access was permitted at this wooded location. After considering a variety of options to install these wells, the decision was made to use one of the company’s Geoprobe® 7822DT machines.

The crew tracked the 7822DT through the steep, mountainous terrain following a crude path and weaving between trees so as not to cause any damage. Once the machine was maneuvered to the site, the crew assembled 500 feet of 2-in. air line from a high pressure auxiliary air compressor to transport the supply of air to the 7822DT for the air hammer drilling.

All of the tooling, casings and water supply tanks were moved to the well location with a track skid steer.

The crew began the job by augering a 12-in. hole through the overburden to a depth of 35 feet to accommodate the installation of the 10-in. steel surface casing.

“I thought that installing the 10-in, string of casing would be the most challenging part of the project,” said Ted Gayman, Executive Vice President of Eichelbergers, Inc., “but the Geoprobe® machine performed flawlessly to complete this portion of the job.”

“The crew did an outstanding job as we ventured into the water well market with the 7822DT machine,” Ted added. 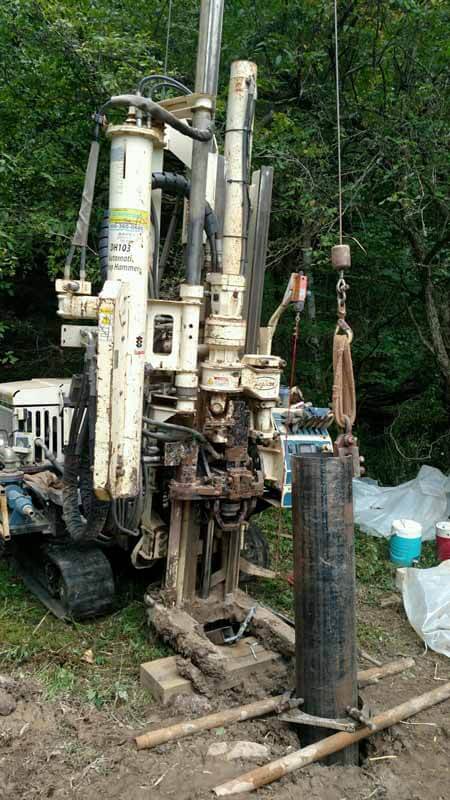 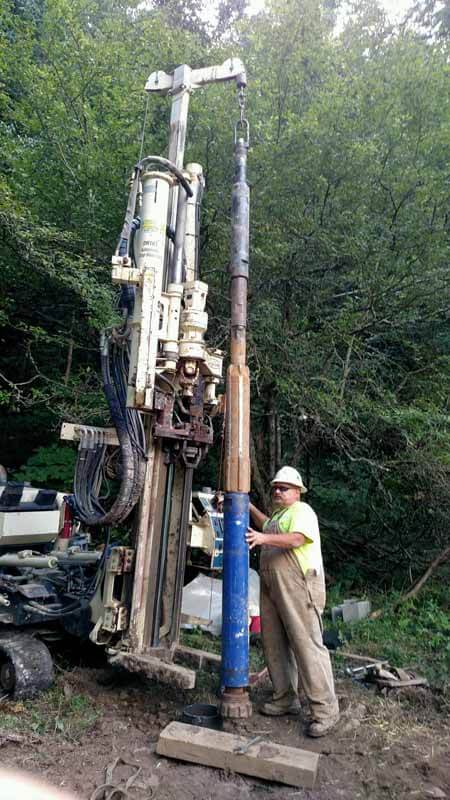 Chris Chronister, Field Superintendent for Eichelbergers, uses a 7822DT and a tool string with 8-in. air hammer and stabilizer to install a water well in a remote, protected area.