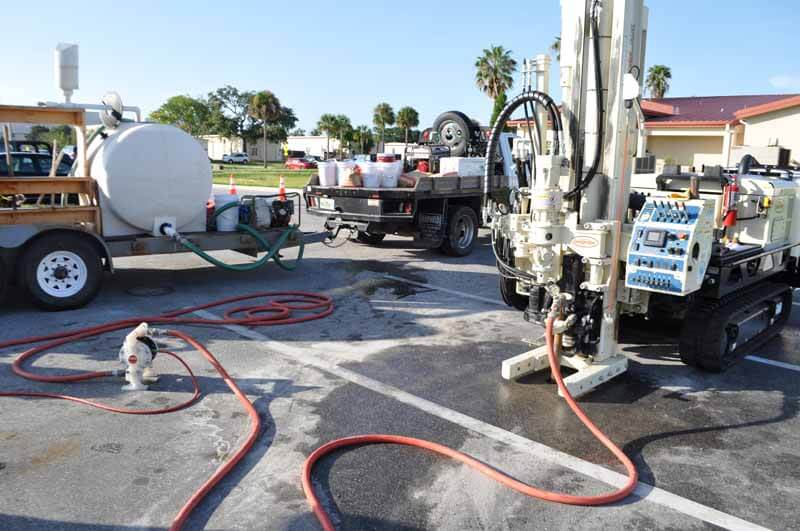 A 7822DT drives injection tooling in the overburden soils.

In the spring of 2015, Huss Drilling, Dade City, FL, embarked on a large environmental project in West Central Florida that included the environmental assessment and remediation of chlorinated solvents and petroleum hydrocarbons. The project initiated with direct push soil sampling and micro well installations in the overburden soils to complete contamination assessments in the surficial aquifer and soils.

Two Geoprobe® 7822DT machines worked at the site for several months during the initial phase, and after completion of the surficial delineation, a Geoprobe® 8140 sonic rig was mobilized to characterize the contamination in the Floridan Aquifer. The sonic machine performed soil sampling and installed monitoring wells and nested wells at various depths.

After the assessment phase, a remedial action plan was initiated that included direct injection of various compounds which target the onsite contaminants. The 7822DT machines drove injection tooling into various depths in the overburden soils, and used a variety of pumps to inject the various chemical solutions. After several phases of injections in the surficial aquifer, the 8140 was remobilized to begin injections in the limestones of the upper Floridan Aquifer. The sonic crew used a Geoprobe® inflatable packer to zone off the pressurized sections of rock to be injected in to. Again, a variety of pumps were used depending on flow rates and pressure amounts.

The project is nearing completion and the remediation treatments are working well cleaning up the contamination ahead of schedule. According to Ben Huss, Owner of Huss Drilling, the project managers hope to have the site work completed by August of 2017. “During the duration of the project, not a single day has been lost to breakdowns of any of the Geoprobe® drilling rigs,” he added. 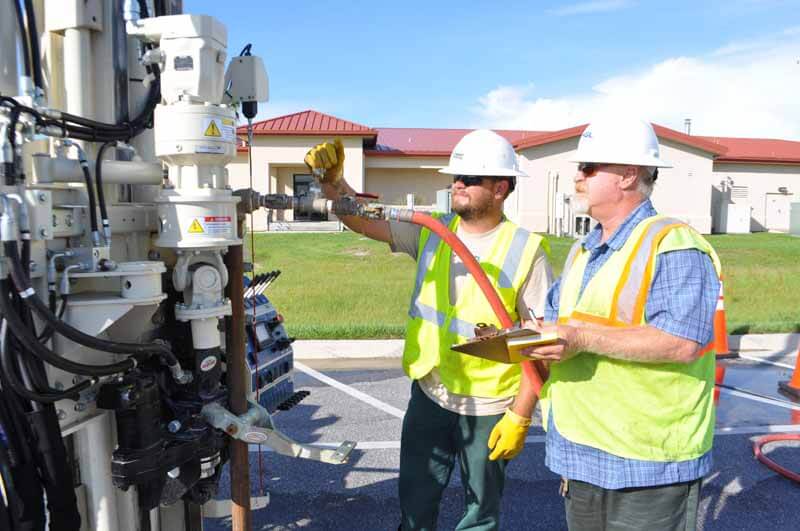 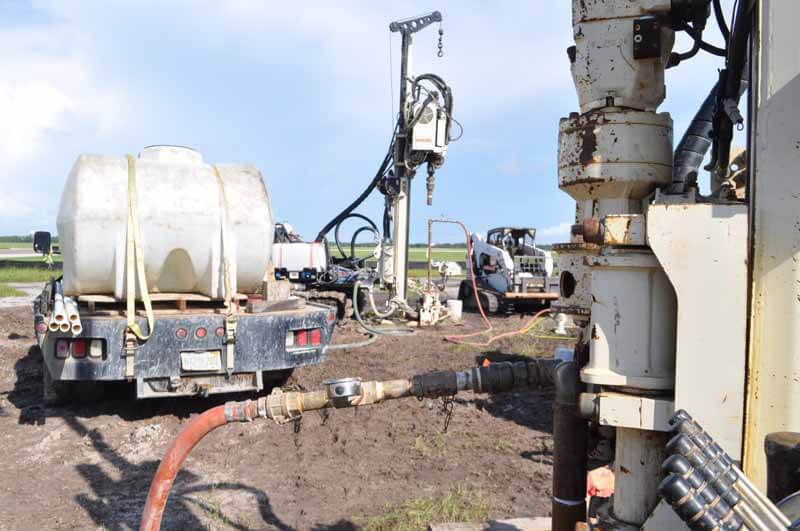 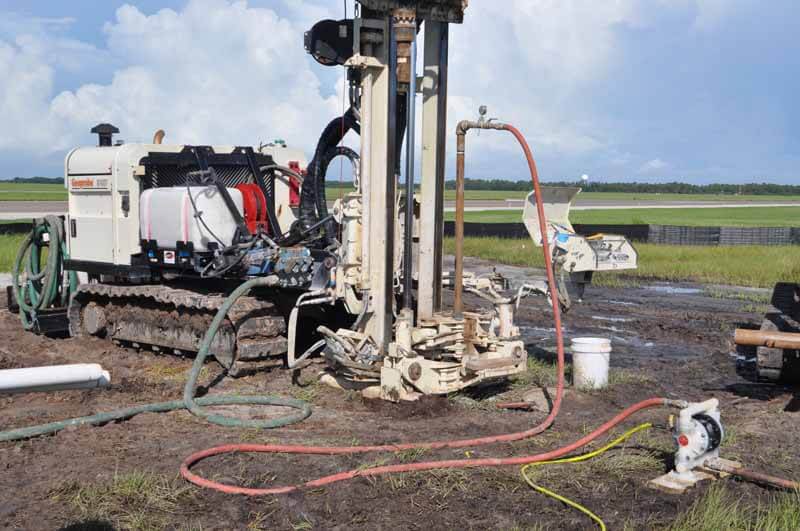 A 7822DT drives injection tooling in the overburden soils.

Marlan Duncan (left) and Fred Portofe, with Huss Drilling, work with a 7822DT during the injection process.

An 8140 Rotary Sonic is used to inject compounds into the limestone of the upper Floridan Aquifer. A Geoprobe® inflatable packer was used to zone off the pressurized sections of rock.