Geo Logic Makes the Most of Their Investment

Confirmatory UST sampling for petroleum hydrocarbons with the 7822DT overlooking Black Mountain in Kentucky (Kentucky’s highest peak at 4,400 ft.) near the Virginia border.

“While anyone in their right mind would rather run our 7822DT, there are some sites and locations (inside grocery stores, under low ceilings, tight petroleum terminals, etc.) that the 66DT is the only rig that will fit. And it does its job quite nicely,” says Dennis Samsel, Owner of Geo Logic in Clarksville, IN, and proud owner of a ‘mature’ Geoprobe® 66DT.

Dennis bought the machine used in 2000. Well used. Very VERY well used. “So used, in fact,” he said, “we sent it to Geoprobe® Service in Kansas rather than tackle the makeover ourselves!” The machine carries a 1995 serial number.

“Your service team, namely Darren, Bryan, and mainly Roman, did a FANTASTIC job on the refurb!” Dennis said. While it was at HQ, Geo Logic added the remote control unit, upgraded the auger to a 2-speed GA3000, and also installed the drop hammer bracket and plumbed for an auto drop hammer.

And since its refurb, Geo Logic continues to keep their investment in top shape.

A Niche Market for the 66DT

Geo Logic was recently asked to mobilize a tracked Geoprobe® rig with a ‘small footprint’ to do some sampling and site delineation after a release of ethyl alcohol. The project consisted of several phases of work.

“The first phase of the project,” Dennis said, “dealt with finding out what we had and where we had it.” Since they were on the gulf coast, Dennis knew groundwater would be shallow, but he was unsure what effect the tidal influence would have on the site. Mini-excavators and loaders were used to remove the bulk of the release, while Geo Logic used their 66DT to delineate the perimeter towards the gulf. “We primarily used DT22 to screen the soils (sands) and then to set 1-in. piezometers to monitor the water levels and the tidal influences.

Once the initial data was collected and they “had time to digest it, we had a much better handle on where and how to set and screen our monitoring points,” he said. They again used their 66DT to drill and install the 2-in. PVC wells.

Concurrent with the monitoring installation phase, Geo Logic was tasked with installing 4-in. recovery wells. The 66DT again had no problem turning 6.25-in. augers to the desired depths. The recovery wells that were drilled and installed were left above grade and connected to a portable remediation system as soon as they were completed, so product recovery could begin nearly immediately.
Once the dedicated system was online and running, Dennis said they were able to temporarily turn each well off individually while they trenched and more permanently connected each well to the system below grade to minimize site traffic disturbances.

Depending upon how the data guides them, Dennis said there may be an additional phase of work that will consist of direct driving 2-foot long steel 1.25-in. stainless steel screens that will serve as air sparge points to bubble in diffused air.

Dennis and his field teams at Geo Logic are great examples of how timely maintenance and care of a machine that supports your livelihood is a good idea ... especially when you’ve identified your niche in the market and know how to leverage both. 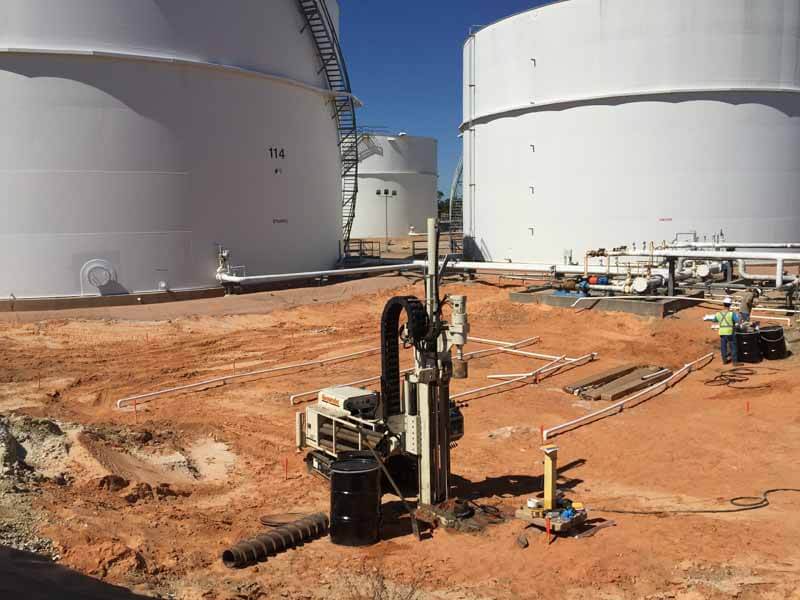 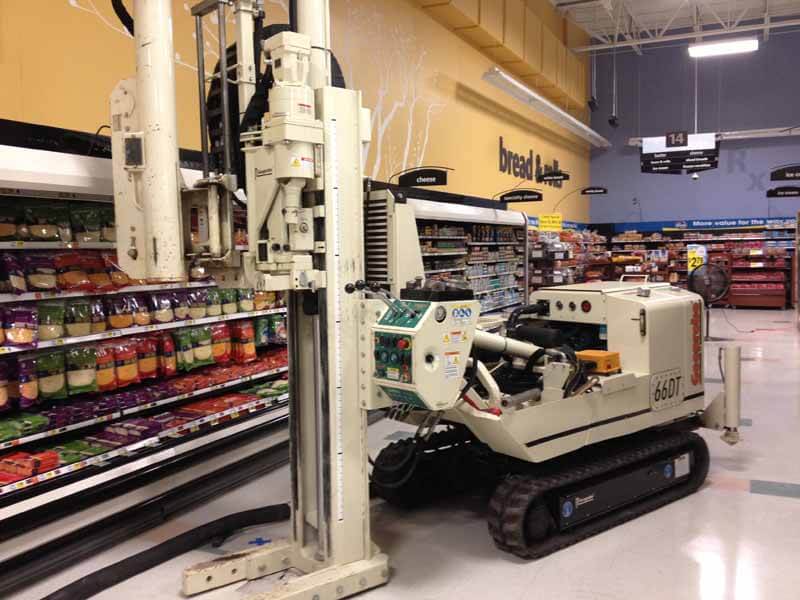 Confirmatory UST sampling for petroleum hydrocarbons with the 7822DT overlooking Black Mountain in Kentucky (Kentucky’s highest peak at 4,400 ft.) near the Virginia border.

Sampling and site delineation after an ethyl alcohol leak near the Gulf Coast.

Nearly as shiny and clean as it was coming out of the factory, Geo Logic’s 66DT retrieves soil samples inside a grocery store (after hours).