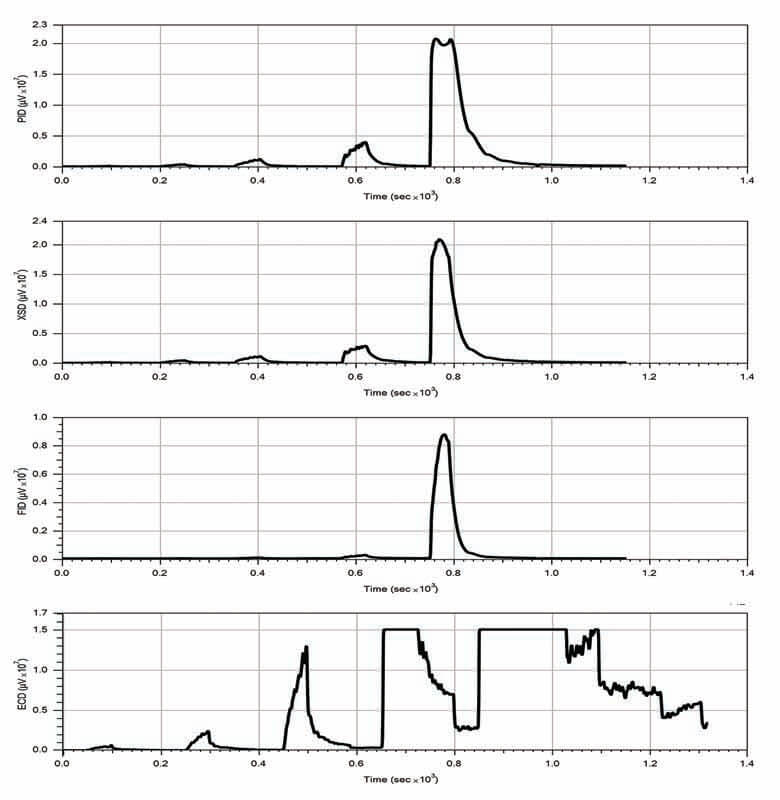 Most MIP (Membrane Interface Probe) work is performed to map low- to mid-concentration dissolved phase VOC plumes. MIP is capable of mapping light fuel hydrocarbons and chlorinated (c)VOC contaminants from ~0.25 ppm levels to very high ppm VOC concentrations, including pure product. Some operators stay away from NAPLs for fear of extended contaminant carryover within the MIP system. They also tend to doubt that MIP can pinpoint the presence of NAPLs.

MIP logs can indicate where chlorinated DNAPLs are present and provide good representation of the DNAPL zone thickness. Our Geoprobe® Direct Image® Specialists worked with S2C2 of Raritan, NJ, on a study to develop and test an operational protocol and isolate MIP log indicators where the project goal was to identify chlorinated DNAPL zones.

The results of this study and associated work in the Geoprobe® lab should put any doubts to rest.

The chemical response tests show TCE response from low ppm to DNAPL (TCE saturated sand) levels on common MIP detectors. These results show similar responses between the MIP-PID and XSD with a good response to TCE over the water saturation point (1,280ppm) on both detectors. Because of the FIDs insensitivity at lower concentrations, it shows the greatest contrast between very high dissolved phase and DNAPL. The ECD displays its inability to resolve TCE concentrations above 300ppm.

In the MIP cross section graphs, the XSD confirms the presence of a chlorinated contaminant and the FID displays the greatest response contrast highlighting the logs where DNAPL may be present and was recovered. The electrical conductivity graphs show a low point in the aquitard from the 3rd - 5th logs, which are also the logs where the highest MIP-FID response was seen. 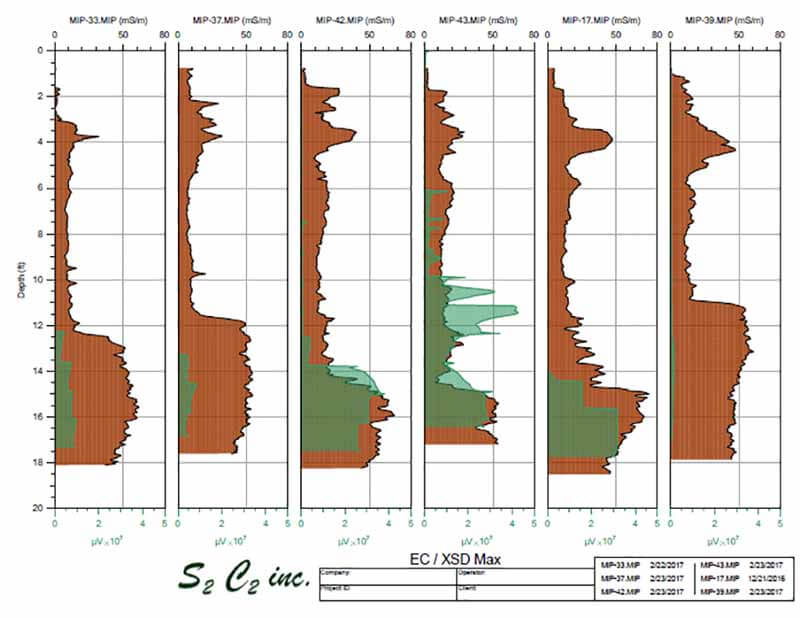 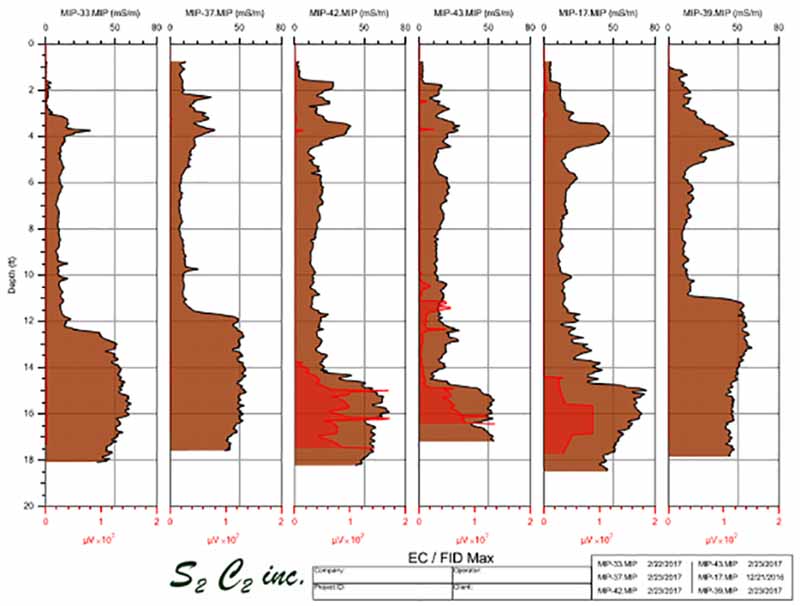