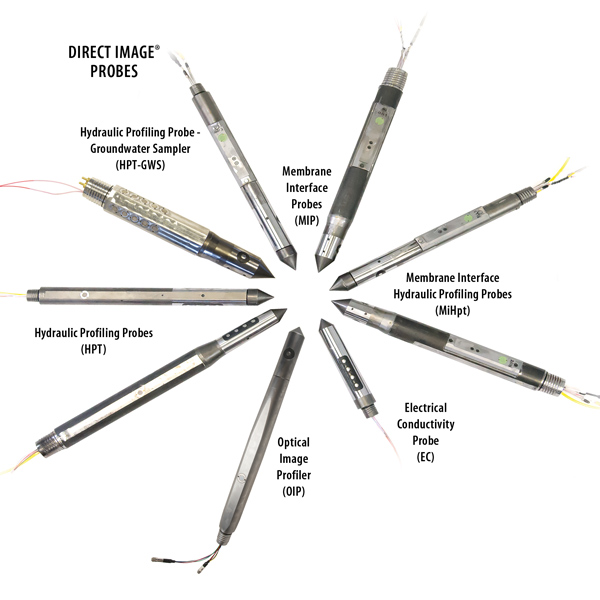 Since the release of the Hydraulic Profiling Tool (HPT) in 2006, our Direct Image® R&D guys have been busy. Really busy!

Initially developed to collect continuous, real-time logs of soil hydraulic properties, in addition to Soil Conductivity, the ability to collect HPT logs has been paired with other systems to provide added, high-quality results with an easier, one probe method.

The newest HPT tool is a 20-port HPT-GW Sampler which expands the sampling range of the groundwater profiling tool from four ports to 20. “Groundwater is sampled through 20 ports on four sides of the tool,” Wes McCall, Geoprobe® Environmental Geologist, said. “An EC (Electrical Conductivity) dipole is located on the tool drive point.”

Groundwater can be sampled using a peristalic pump in shallow water table conditions, or with the Geoprobe® Mechanical Bladder Pump in deeper water table settings.

“A log of both HPT injection pressure and EC are made as the tool is advanced to depth,” Wes explained, “allowing the user to evaluate the formation for sample yield.” The HPT-GWS tool is used to perform groundwater profiling; a collection of samples at multiple levels at a single location.

There a lots of good results coming in from around the world regarding the MiHpt.

The MiHpt Probe is a combination probe that can perform MIP, HPT, and EC measurements in ONE push with ONE probe! 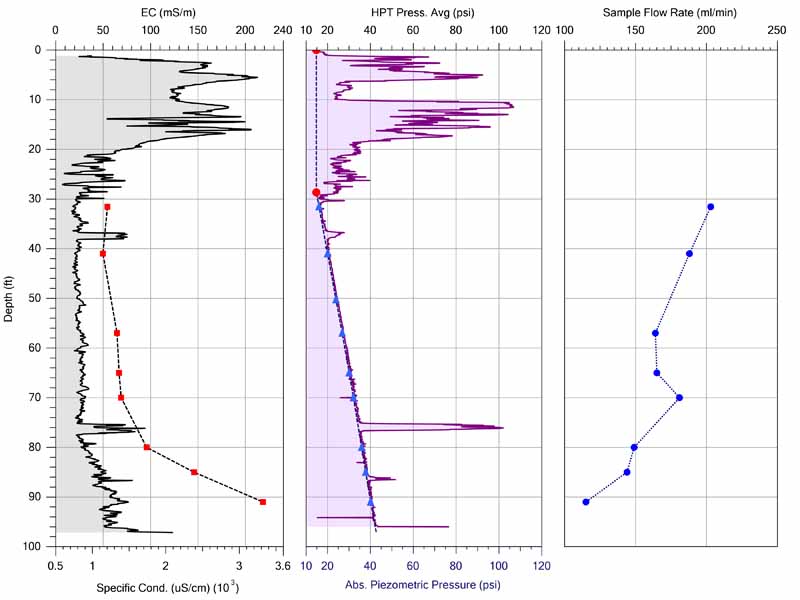