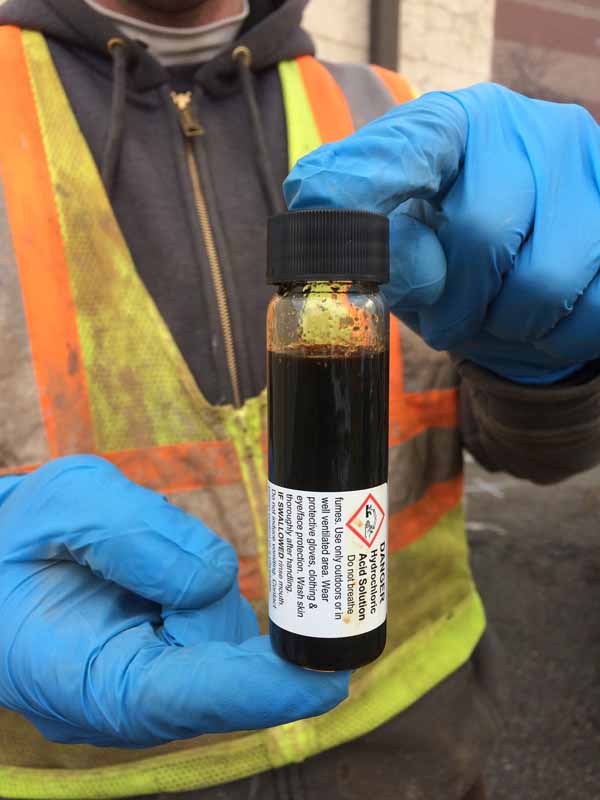 Based upon a review of historical site data, representatives of Betts met with Steven Gelb, President of S2C2, to develop a revised Conceptual Site Model (CSM). A decision was made to utilize the Geoprobe® Membrane Interface Probe (MIP) coupled with a Heated Trunkline (HTL) for this program. The HTL was proposed due to the cold ambient air temperatures expected during the winter, and in anticipation of elevated CVOC concentrations.

Field work began in December 2016 with S2C2 advancing 22 HTL-MIP locations focusing around a former septic system to determine if it was the source of the CVOC impacts. On the third day of field work, S2C2 advanced the seventh HTL-MIP log to a depth of 18 feet bgs where all three detectors (FID, PID, XSD) showed significant responses (i.e. “flat-lined”) despite attempts by the operator to remain on scale.   This location was not situated near the former septic system.

The MIP detector responses and electrical conductivity (EC) suggested that DNAPL was encountered just above a continuous clay unit at the site. Five additional MIP pushes were advanced following the identification of the suspected DNAPL area with results suggesting the DNAPL zone was extremely localized. Confirmation groundwater sampling conducted by S2C2 at location 17 confirmed the presence of DNAPL.  Analytical results of the DNAPL indicated that it was comprised of primarily trichloroethene (TCE) along with elevated concentrations of a variety of co-mingled volatile organic compounds (VOCs).

Now that DNAPL had been identified at the site, Betts tasked S2C2 to track the lateral extent and configuration of the DNAPL, not just the dissolved phase plume. Prior to remobilizing to the site, S2C2 contacted the Direct Image® team at Geoprobe Systems®. Bench tests were conducted by the DI team and by Tom Koester of S2C2. These tests resulted in a list of suggestions of how to optimize the MIP detector system when expecting to encounter DNAPL.

A poster, shown on the following page, was presented by S2C2, Betts, and Geoprobe Systems® at the RemTech Summit in Denver, CO. The poster can be viewed at www.geoprobe.com/dnapl.

Additional bench tests were performed to determine if the DNAPL would fluoresce on the Optical Image Profiler (OIP) which S2C2 recently acquired. The idea was based upon the analytical results of the DNAPL sample collected at the site. When the DNAPL was placed on the OIP sapphire window it did fluoresce quite nicely. It should be noted that the CVOCs don’t fluoresce, but the hydrocarbon compounds comingled with the CVOCs can.

In late February 2017, S2C2 and Betts remobilized to the site to track the DNAPL and determine its source. The updated 3-dimensional CSM showed that the DNAPL had pooled on top of a low point in the continuous clay unit as determined from the EC logs on the MIP. In addition, a review of historical aerial photographs dating back to the 1950’s, obtained by Betts, indicated the presence of an old stream channel coming onto the site at the same location where the DNAPL had been identified. Accordingly, S2C2 utilized HTL-MIP, advancing 21 additional borings, to identify areas with the highest likelihood of the presence of DNAPL and then used the OIP to confirm the presence of DNAPL where it was suspected to be located.

Twelve OIP borings were advanced in a very high density pattern (6 ft2) around the suspected DNAPL locations. Data obtained from the OIP confirmed the extremely localized presence of DNAPL without being influenced by the elevated dissolved phase VOC plume.  All the data collected as part of this field characterization program, together with previously obtained information, was used to update the CSM and to create a 3D-visualization of subsurface conditions.

The ability to use MIP to identify DNAPL sources has been questioned in the past. Using the recommended changes by Dan Pipp, Chemist at Geoprobe Systems®, S2C2 was better able to keep high dissolved phase and DNAPL impacts on scale on the MIP detector logs. Data collected as part of this study indicate that the MIP can, in fact, detect and differentiate DNAPL from high dissolved phase concentrations. 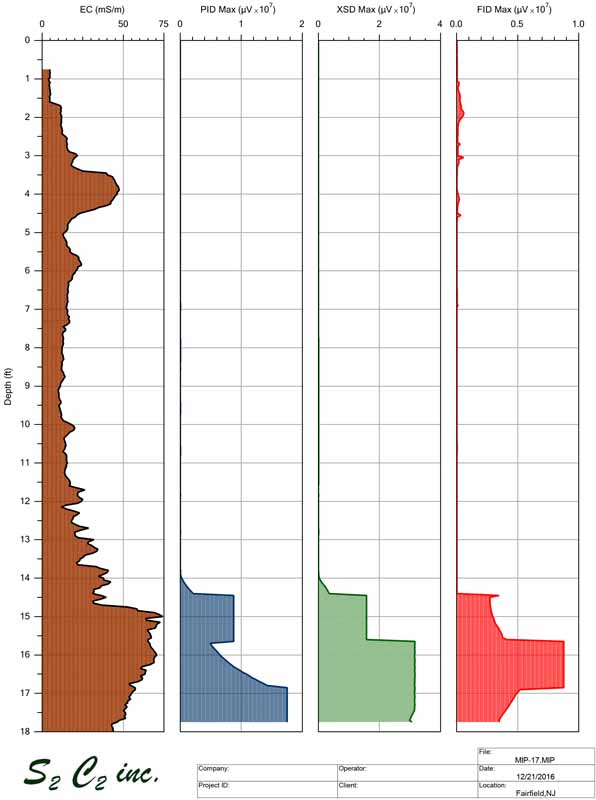 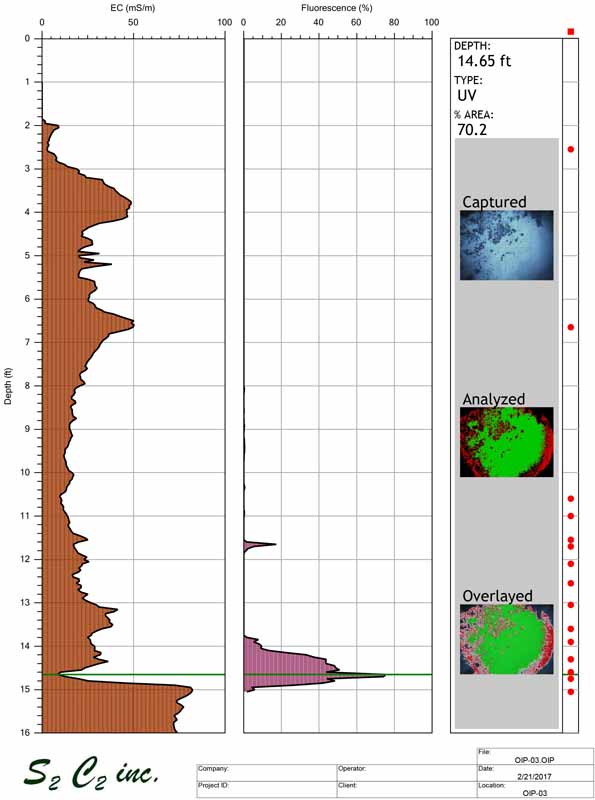 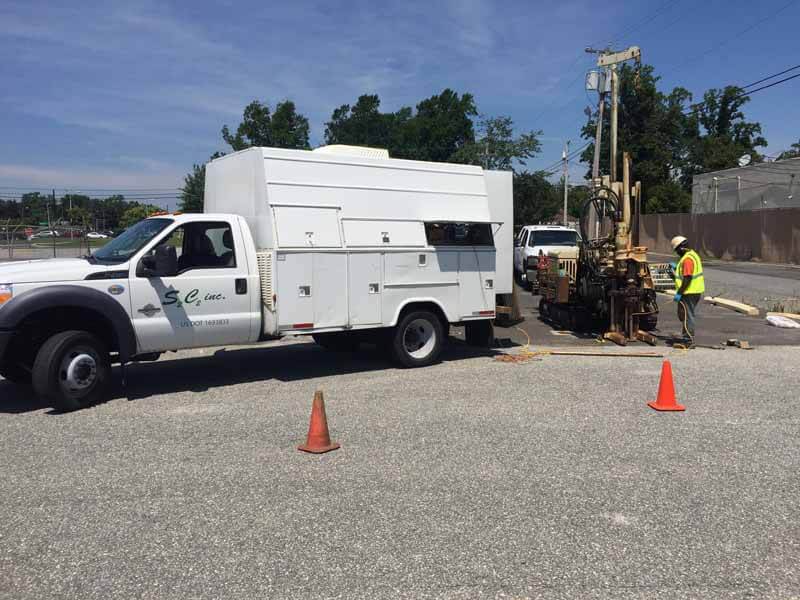