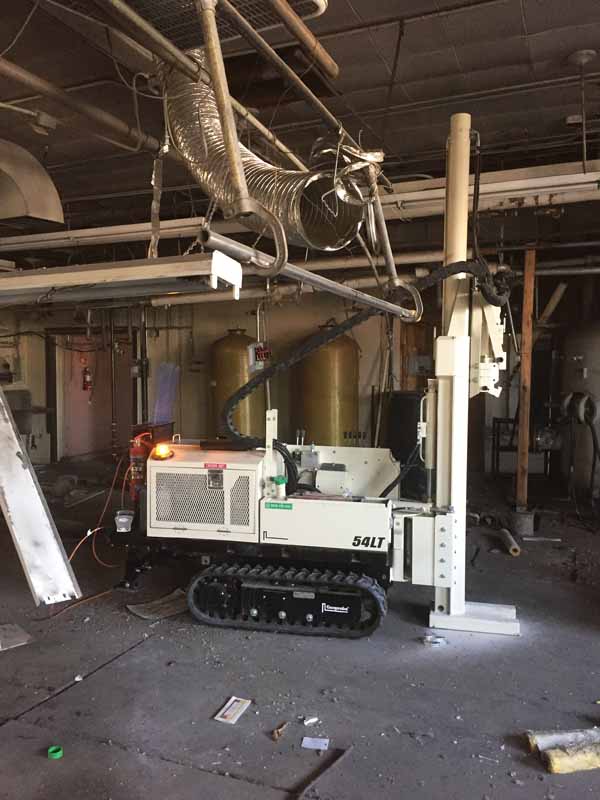 Salt Lake City, UT. A 54LT excelled inside a former dry cleaners facility for a soil and groundwater investigation.

Since purchasing a Geoprobe® 7822DT, which was originally envisioned to perform mainly environmental direct push projects, EarthProbe Field Services has found a niche in the geotechnical drilling market.

“Early on,” Mark Taggart, Co-Owner of EarthProbe said, “we found that we could not compete head-to-head with the larger auger drilling rigs, in speed and depth. However, when the word got out that our 7822DT could fit into limited access and sensitive areas, we’ve been able to add another dimension to our basket of services.”

The company was recently tasked to drill two 50-foot geotechnical borings on a significant slope of a fairway at Ogden Golf and Country Club. The only access to the drilling location was along the fairway. “To say the least, the grounds keeper was concerned!” Mark said. “A traditional drill rig would have certainly damaged the turf and caused additional impact constructing a drill pad on the slope. Our 7822DT proved to be an excellent alterative.

Because of the rubber tracks and exceptional weight distribution, we were able to traverse the fairway without any noticeable impact.  We were also able to situate our rig on the slope without disturbing the ground surface.”

In the end, the field team provided the client the necessary information they needed (blow counts, split spoon & Shelby samples), the grounds keeper was happy there was no damage to his fairway, and EarthProbe received two more geotechnical projects that week. 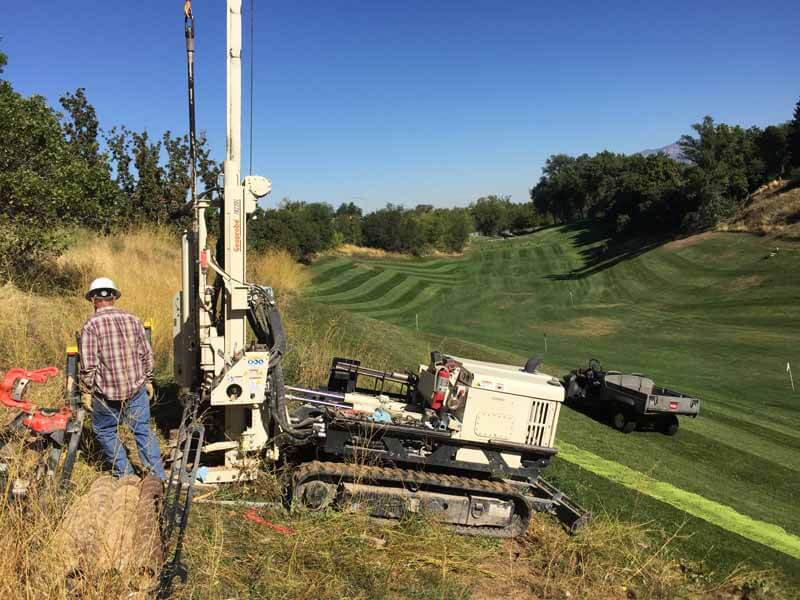 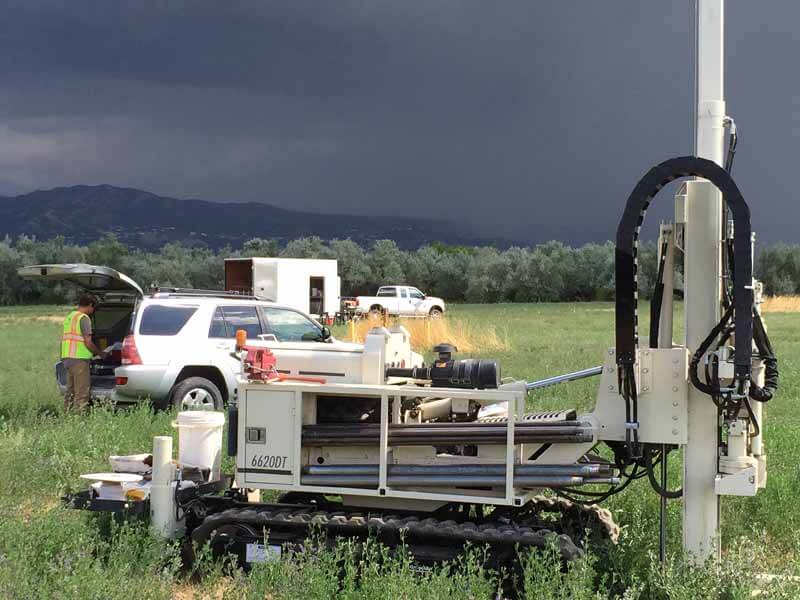 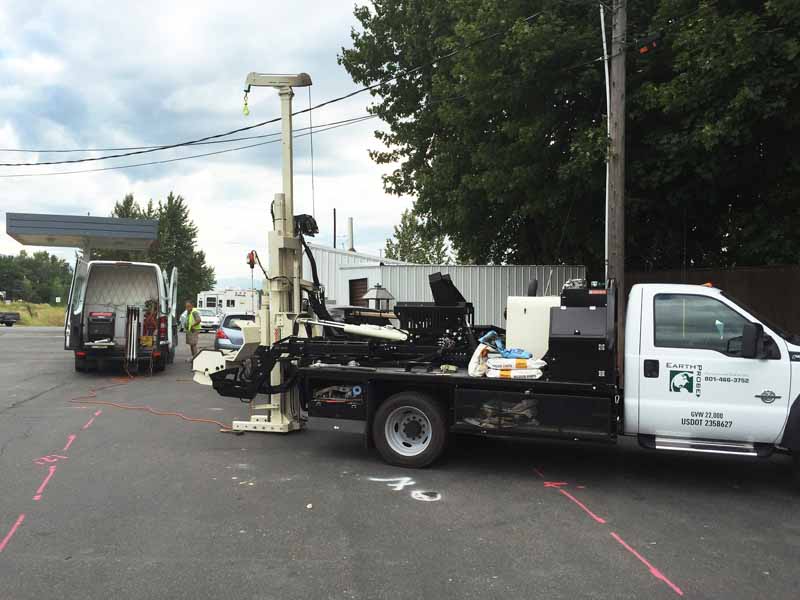 Salt Lake City, UT. A 54LT excelled inside a former dry cleaners facility for a soil and groundwater investigation.

Ogden, UT. EarthProbe’s clients know that the 7822DT can get where it needs to go to get the job done. The field team completes geotechnical sampling at a golf course location.

West Bountiful, UT. A 6620DT, EarthProbe’s most used piece of equipment because of its versatility, completes a soil and groundwater investigation.