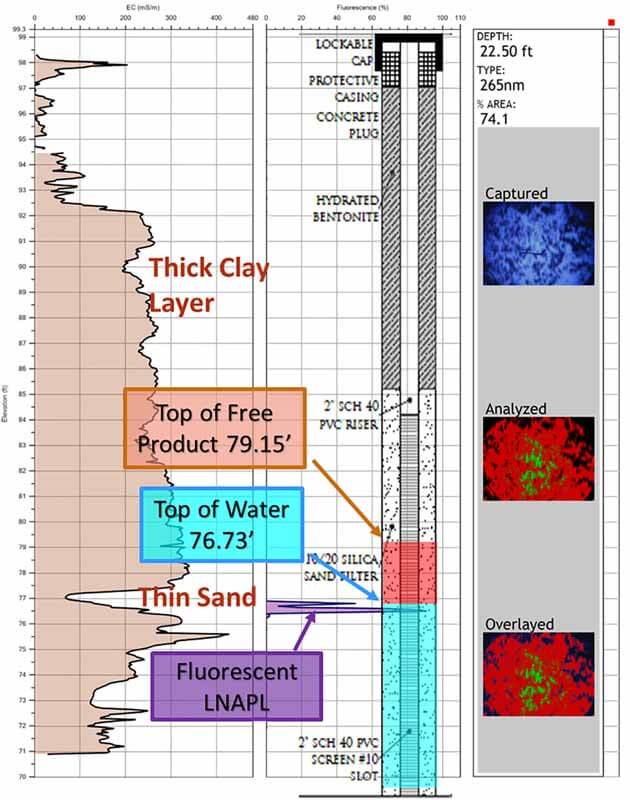 John Fontana, PG and President/CEO of Vista GeoScience in Golden, CO, and his direct sensing team are especially excited about the new Optical Image Profiler (OIP) system from Geoprobe Systems®.

“Geoprobe® released the OIP system in late 2016 and we added it to our tooling options soon after,” he said, “and the demand has kept it busy ever since. Our clients who have used other fuel fluorescence technologies on their sites are happy to see the OIP system produces very similar fluorescence responses and plume maps.” John says the 275nm excitation light responds very well even to the lightest hydrocarbons, including gasoline. “The saved fluorescence and visible images make this a very powerful system,” he added.

One of the first sites Vista GeoScience used the OIP system on was a state lead tank fund project in old downtown Grand Junction, CO, for CGRS Inc. Three of the site monitoring wells had 1 to 3 feet of gasoline LNAPL with a lead content dating back to the 1930s. The LNAPL is downgradient from a more recent release site and is believed to be from a different source area yet to be discovered. Their client wanted the investigation completed to expose the LNAPL migration pathway and determine the source of the product.

The investigation was conducted around two of the three monitoring wells that contained significant LNAPL.  Several OIP borings detected LNAPL around the wells while others showed no LNAPL in as little as a 10-ft. step-out. The OIP logs provided some different explanations for the LNAPL thicknesses observed in the monitoring wells.

The LNAPL appears to be confined in a thin sand seam in the western area near DG-45 (A wells) and unconfined east near DG-28 (B wells). Groundwater flow is to the southwest; however, the slope of the confining clay layer could be allowing the LNAPL to migrate up gradient to the east where it becomes unconfined.

Additional borings are planned at this site to help determine if this is an accurate understanding of the plume migration.

“Mapping the LNAPL with OIP was crucial to understanding the intricacies of the geology and plume migration pathways of this site that has previously eluded the investigating consultants,” John added. 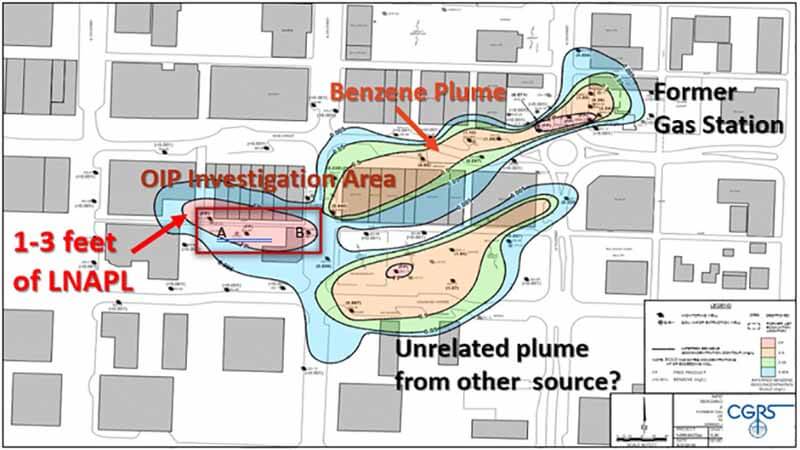 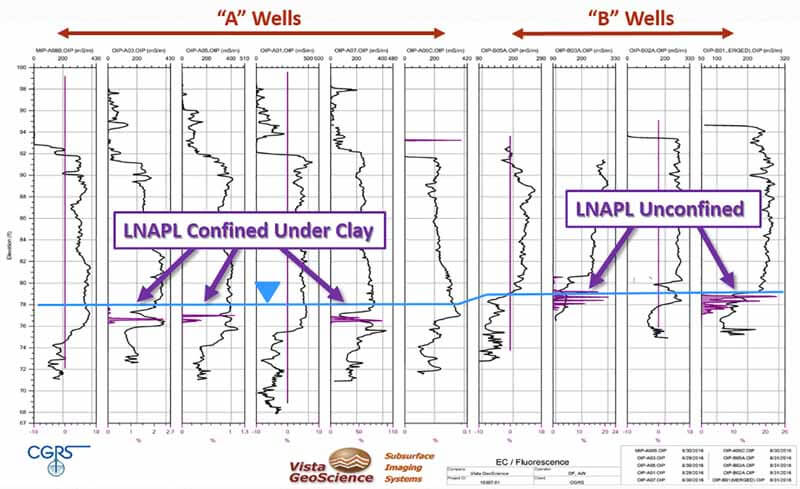 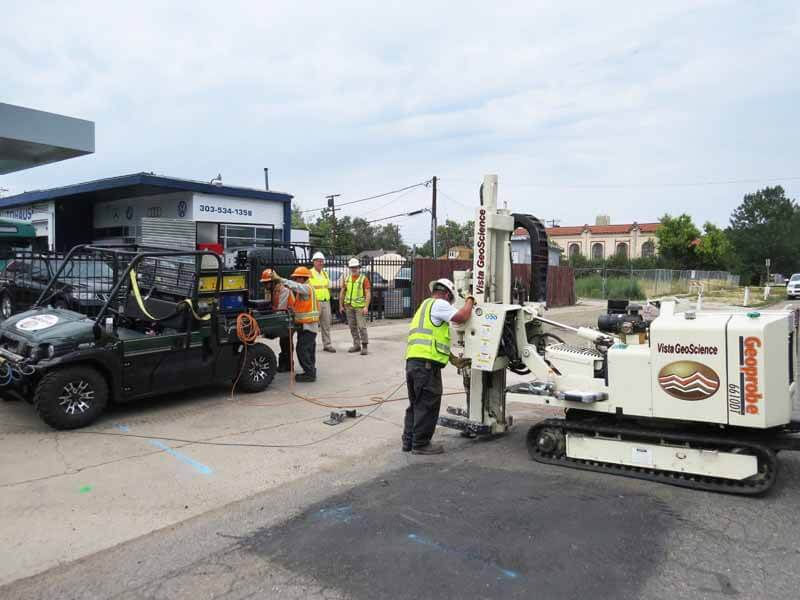 OIP-B03 reveals fluorescence over a thickness equivalent to the thickness in the nearby monitor well DG-28. This is because the LNAPL is no longer trapped by the confining clay as in A07.