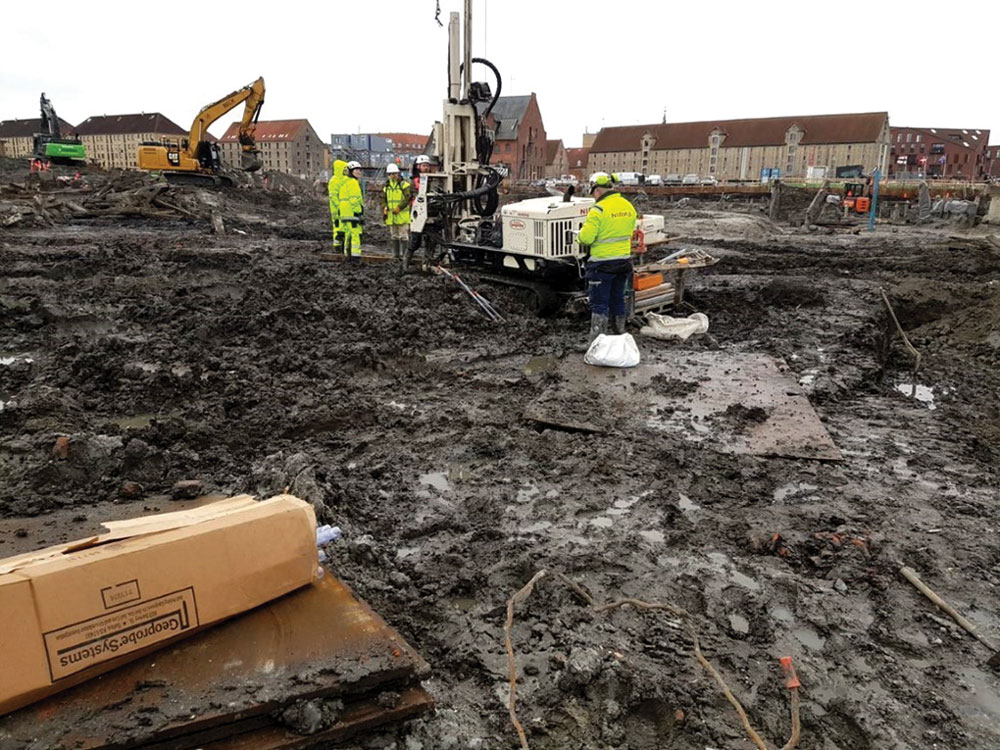 Currently Paper Island is a construction site, but at the end of the 17th century Christiansholm — the official name of the island — was a private shipyard. Established as reclaimed land based on waste from the city, the site contains a treasure trove of knowledge about consumption and housekeeping from that period.

Using a Geoprobe® 7822DT, intact soil samples could be taken in designated depths to help approximately 20 archaeologists from Museum of Copenhagen uncover the city’s environmental history.

“We have made eight drillings with the rig’s probe and obtained 38 soil samples in depths of up to eight meters below the surface. It is very efficient method when you don’t have the time to excavate the whole island. Museum of Copenhagen wanted information about the layers of waste in different depths and to locate the original intact layer under the reclaimed area, so we needed to obtain soil samples from the whole area,” explains NIRAS project manager Lars Prinds.

In Lars’ experience the Geoprobe® 7822DT with DT22 is perfect for taking intact core samples. The team worked in a huge archaeological excavation on a wet, soft surface. Access roads were very muddy, steep, and hard to navigate. Often, they had to place the rig in uneven locations, requiring using the rig´s many settings to oscillate and adjust the mast in order to obtain soil samples in the correct depth.

Samples will be scanned, and results will reveal a lot about the city’s environmental history such as pollution, traces from the historic Copenhagen fires, and much more.

Furthermore, samples are to be examined for eDNA (environmental DNA). Previous practice so far has been to examine aDNA (ancient DNA).

“eDNA examinations can, in theory, give us a very wide perspective on flora and fauna that have been in contact with the soil samples. In addition, you can find traces from fungi, bacteria, viruses etc. And maybe even traces from the plague outbreak in 1711 in Copenhagen,” tells curator Gerd Bindesbøl Ravnholt from Museum of Copehnhagen.

She is very happy about the initiative: “We achieved a clear picture of what is hiding in the ground despite a lack of time. The results are worth their weight in gold for Copenhagen’s history.”

For Lars working with archaeologists is a rare pleasure.

“It is in our DNA to look for environmental harmful substances and look at the earth’s geology. Here, our client is looking for something quite different which is fascinating," Lars said. "Driving home from a day with a happy client and a great cooperation between team and the 7822DT is extremely satisfying.”

The archaeologists are also digging for other artifacts. So far, they have found remains from the private shipyard together with remains from later developments such as the school of artillery and a mast crane from 1754. 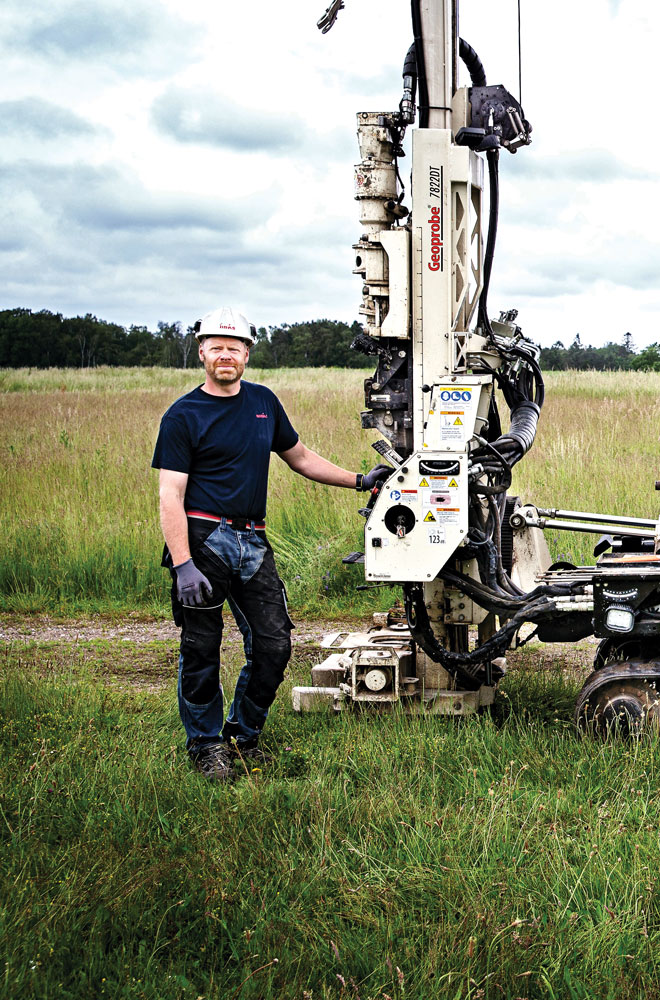