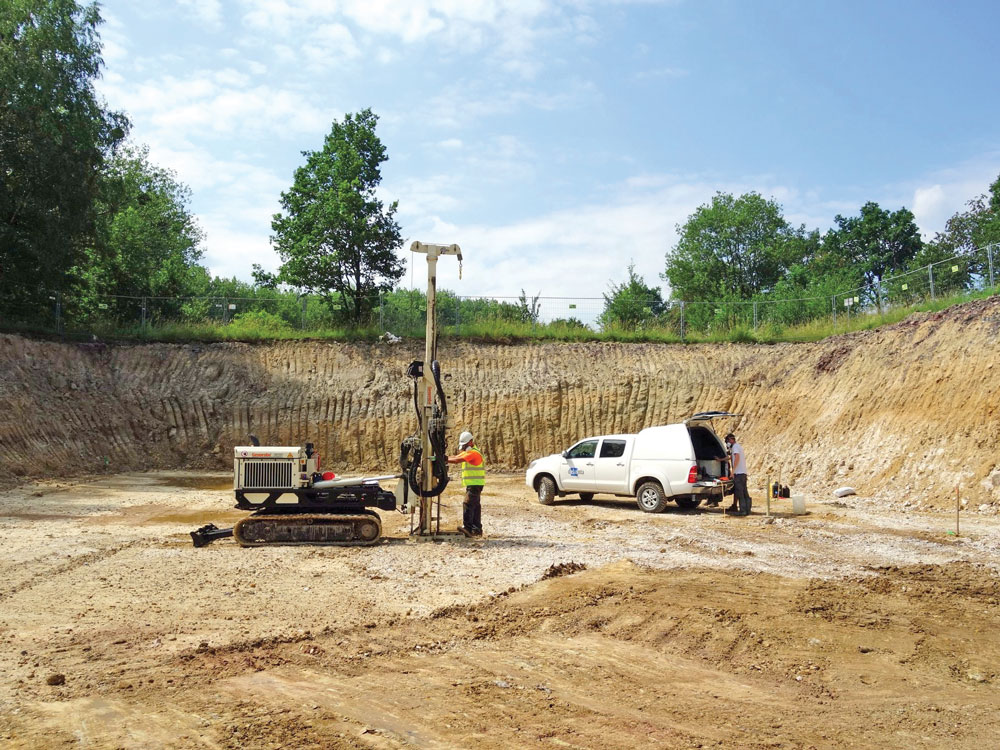 In the eastern part of the Czech Republic sits an old sand quarry, which during the communist era served as a landfill for various paint, varnish, and pharmaceutical factory wastes. Inappropriate waste management caused significant pollution of the surrounding environment by a wide range of contaminants. With no containment, rainfall water leaked from the landfill into the groundwater, risking contamination spreading to a nearby stream.

Despite the sloping terrain, swampy forest, and harsh winter weather, Dekonta – an international environmental services and technology supplier established in 1992 in the Czech Republic – successfully used a Geoprobe® 7822DT and Direct Image® tools in their investigation of the site to generate data sets for further decision making and remediation design.

"We always try to use the best available technologies and wanted quality tools from a proven manufacturer," Vladislav Knytl, operator, said. "Geological conditions in the Czech Republic are often a big challenge for our projects. We had good references on Geoprobe® from our R&D activities. Geoprobe® rigs are easy to transport and thanks to compact dimensions we can use them in areas with limited access."

To delineate the contaminant plumes, they completed nearly 150 Membrane Interface Probe (MIP) logs from 16-to-40-feet deep in the excavated landfill and in the nearby forest. MIP was chosen for its ability to log the relative concentration of volatile organic compounds (VOC) with depth in the soil to precisely delineate the pollution spreading under the forest area.

"MIP proved itself as a really powerful tool generating valuable data, but it is crucial to interpret them correctly and know the limits of the technology," Knytl said. "OIP is very good for areas heavily contaminated by petroleum hydrocarbons. Designing an excavation is then much easier and more precise."

The investigation revealed contaminant plumes of halogenated compounds and BTEX (benzene, toluene) distributing – through the carboniferous grewacke covered by quaternary sands and sandy clays – horizontally and vertically from the landfill bodies themselves, and from an old drainage system running between both landfill bodies.

With supplemental investigation and tracer tests, they were able to determine the plume emerging from the base of old landfill (B) is sourced from landfill (A).

"Thanks to MIP and OIP we have found source zones, which were difficult to detect before," Knytl said. "One of the advantages is more precise delineation of contamination distribution, therefore it is easier to design better conceptual model for the site."

Detecting the source zones and migration paths of the contamination was critical to target combined treatment technologies based on in situ chemical oxidation (ISCO) and aerobic biodegration. Remediation has begun following excavation, restoration, and direct push injections of strong ISCO agents under the former landfill. Dekonta will continue to investigate the progress of the remediation using Direct Image® tools. 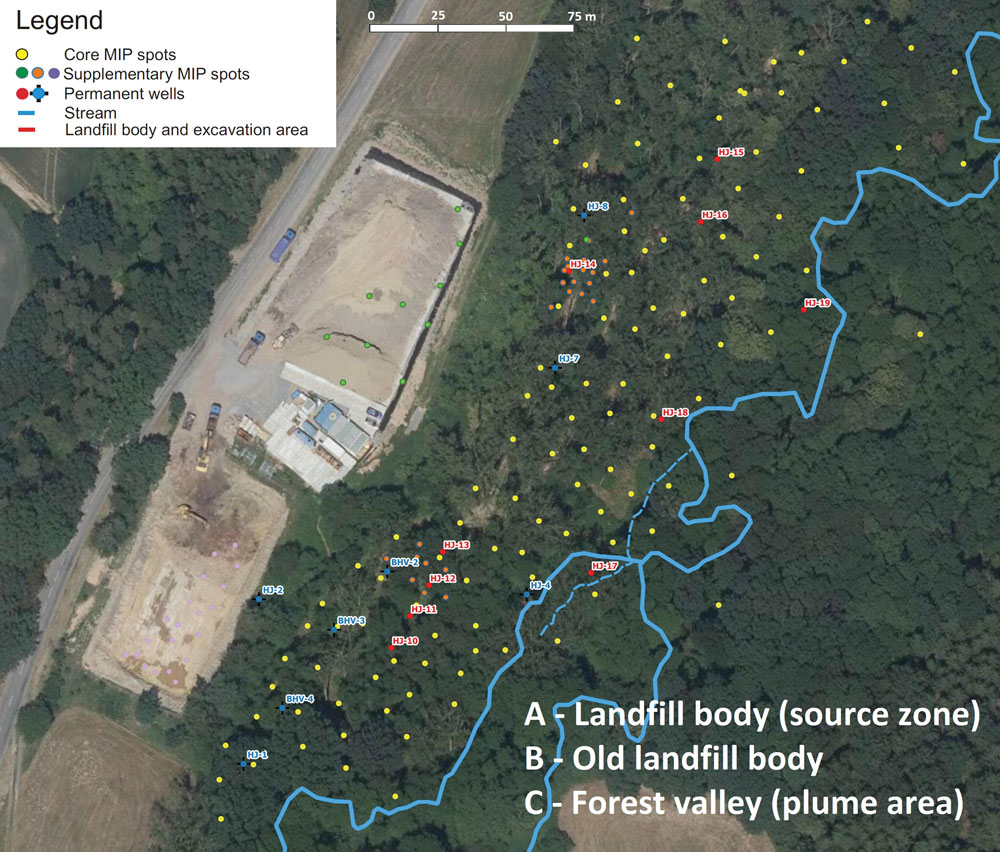