Versatile Tooling Platform Upon Which to Build New Company 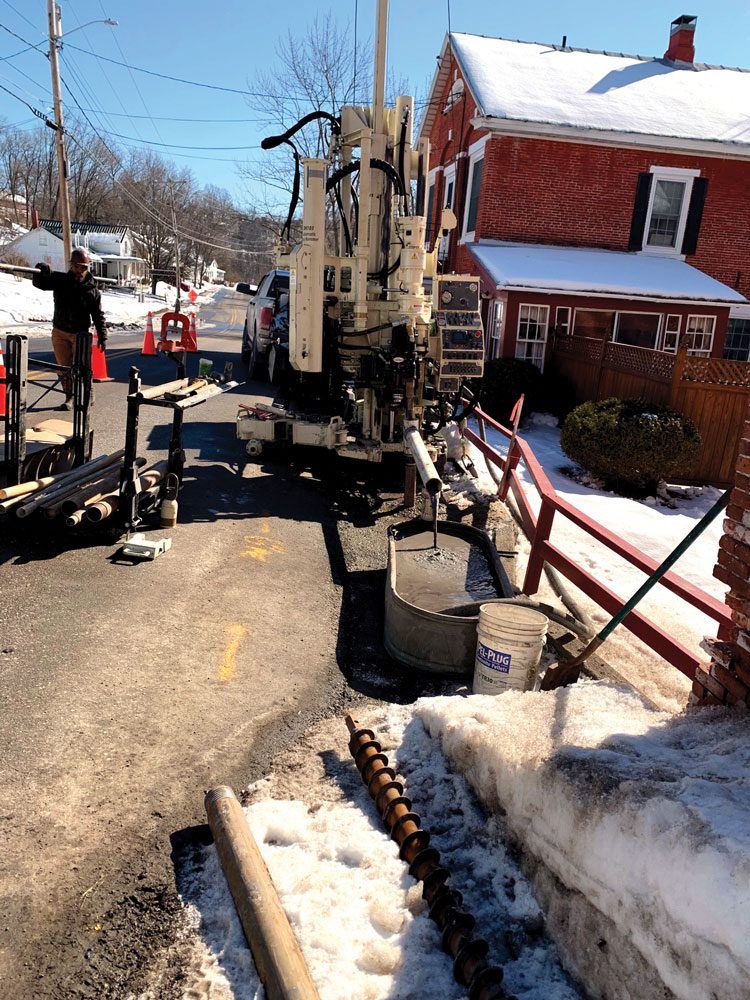 After first being around a Geoprobe® on a skid steer back in 1996, throughout his career Michael Jordan has used a 54LT, 6610, 7800, 8040DT, and 3230DT. So this past summer when he formed his own company in Vermont he chose a 7822DT and genuine Geoprobe® tooling to build Platform Environmental Drilling and Remediation.

“They need environmental data but also need geotechnical information for foundation construction,” Jordan said. “Traditional geotechnical rigs are dated, larger, and consume more fuel than a 78. The 78s are great, versatile machines and with the 4-speed auger head can cross over between environmental and geotechnical sampling.”

He recently completed a job sampling through 12-to-18-inch reinforced concrete runways using 4-speed rotary head with diamond coring then switching to Macro-Core® 5 sampling. “It was really efficient. No need for pre-coring. You can just do it all right there,” Jordan said.

For Jordan, the versatility of completing different drilling applications with one rig is amplified by the versatility of Geoprobe® tooling. For example, Jordan completes rock coring to collect Shelby tube, split spoon, and environmental samples through 3.75-inch out-the-end (OTE) sampling system.

“The versatility of Geoprobe® tooling to complete OTE versus geotech drive and wash means I can complete the job with minimal water, which is helpful especially in winter,” Jordan said. “Drive and wash is problematic when it’s below 15 degrees – water tends to not be your friend.”

Recently Jordan asked an engineer, who he knew to be particular, for approval to use OTE rather than drive and wash.

“He was shocked by how fast we got downhole and how we retrieved a continuous sample from the deeper portion, getting readings in between where we would typically be doing split spoon samples," Jordan said.

For Jordan, “easy-to-use and well-thought-out” Geoprobe® tooling has become a necessity for this new phase in his career.