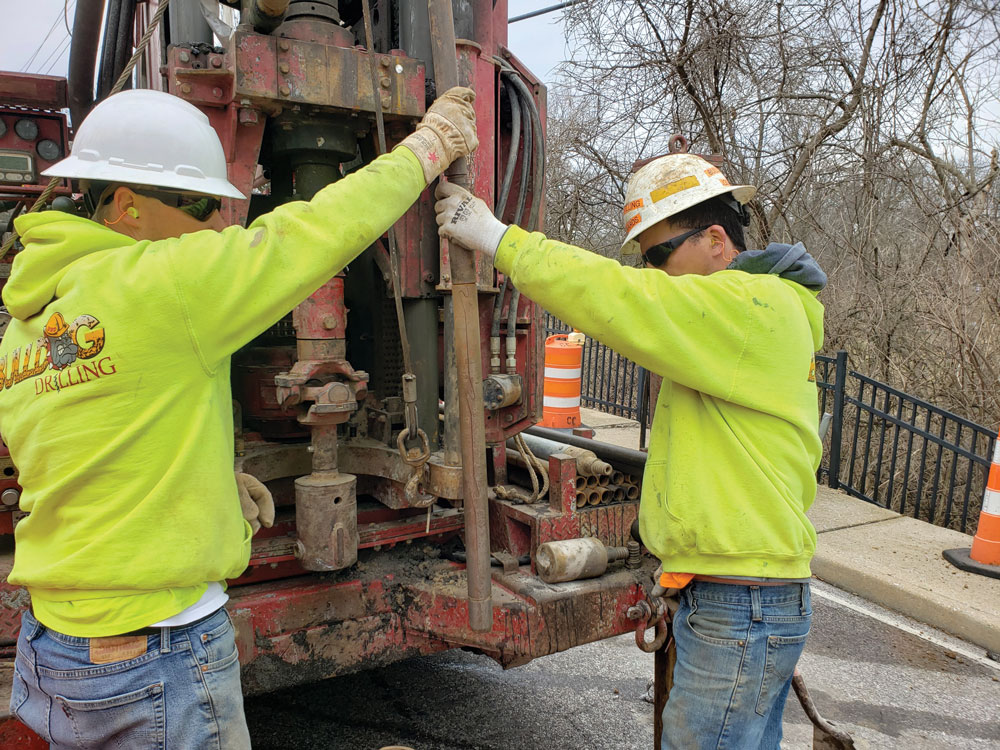 Located in the St. Louis metro area, Bulldog Drilling often found themselves bending traditional split spoons and rounding off shoes in the urban fill. When they retrieved samples they struggled to open the spoons, resorting to gripping with bench vises and beating with wrenches. So for a company with an ever-increasing geotechnical workload making a name for itself by drilling in difficult geologies, seeing the Geoprobe® interlocking split spoon at the 2018 open house seemed like a perfect solution to their struggle.

“We bought two interlocking split spoons and used them 8-9 months, pounding rocky rubble for several thousand feet. We never had to put a wrench on them, could always turn them by hand,” Rob Scharringhausen, partner, said.

Once they experience how the extra effort typically required to open standard split spoons is eliminated by the innovative fingerlike design, his clients love the simplicity and speed afforded by the interlocking split spoons. But it’s not just the ease of that he has come to value. It’s also the durability.

“The shoes don’t round off like on traditional spoons and they don’t get bent in rubble fill like traditional spoons,” Scharringhausen said. “The very first two we had lasted a year-and-a-half of everyday use. The durability and workmanship is as good or better than anything else I’ve seen.”

Now they have eight of the Geoprobe® interlocking split spoons for their three conventional drill rigs.

“It’s definitely faster taking them apart and putting them together, which means we can drill more footage in a day,” Scharringhausen said. “The helper can be prepping tool strings instead of at the back of the rig opening up split spoons.”