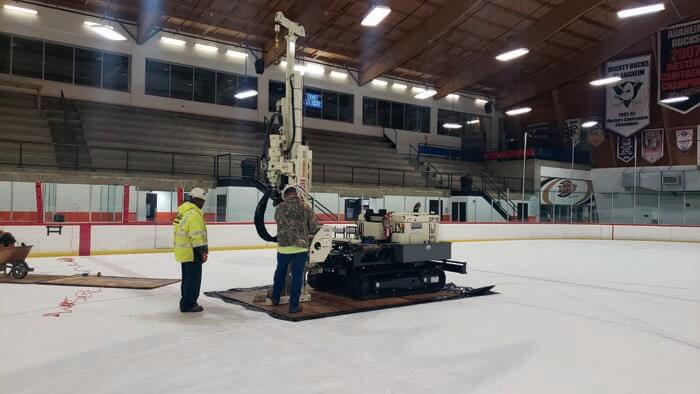 The rink features a sub-ice heating system to prevent frost build up under the rink floor. According to Hanna frost under the floor would eventually cause heaving of the rink. The temperature of this heating system is automatically regulated between 38-40 degrees Fahrenheit, but this particular system was not functioning correctly and needed to be replaced.

“Our soil core sampling discovered sub-freezing conditions down to ~15 feet, and around 40 degrees at 22 feet,” Hanna said. “Once the ice is thawed, heaters will be brought in to thaw the ground before the repairs are done.”

Because of the unique nature of the project, communication between crew members Hanna; Sean Lance, operator; and Dejuan Ward, helper, became a key to success. 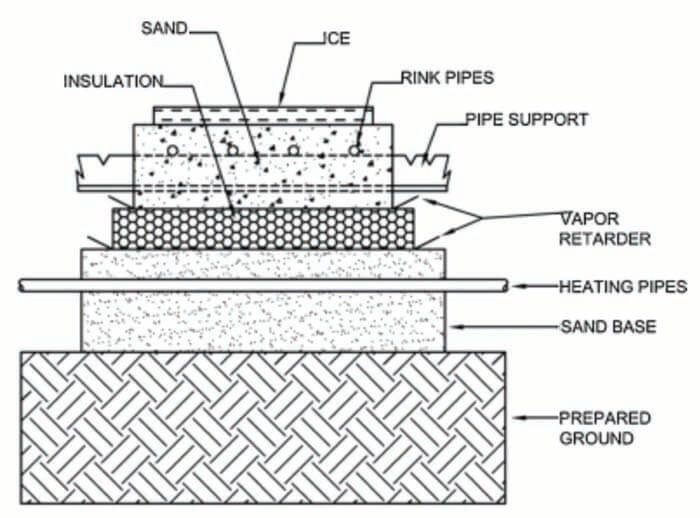 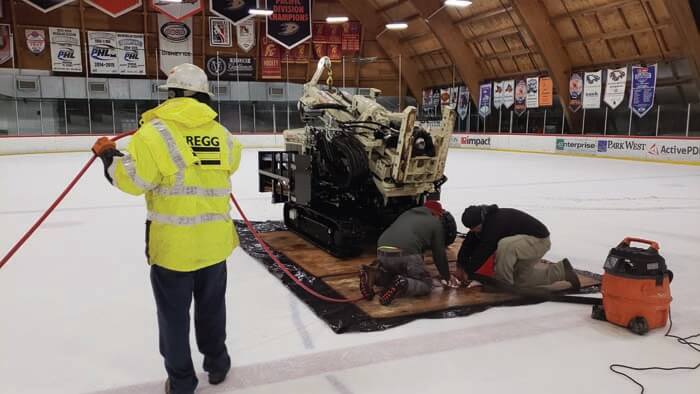 They chose the Geoprobe® 7822DT for its narrow width, low track load on the ice surface (4.6 lb./in.2), rubber tracks, and ease of operation with the wireless remote. The fact that it was only three months old was also an advantage, keeping dirt from falling off the tracks onto the rink.

Often ice rinks are built on concrete slabs, but it is not necessary. This ice rink was built on a soil base.

The ice was melted by the rink staff with the use of warm water and a wet-dry vacuum to expose the polyethylene refrigerant piping. Gregg Drilling LLC had to keep the water hose elevated or moving to prevent melting grooves in the ice.

The spacing between the piping was very close to the tooling, so drive caps were wedged in between to spread the piping apart.