Work Smarter, Not Harder: NEW Spring Assisted Swivel Pull Caps Do the Work for You 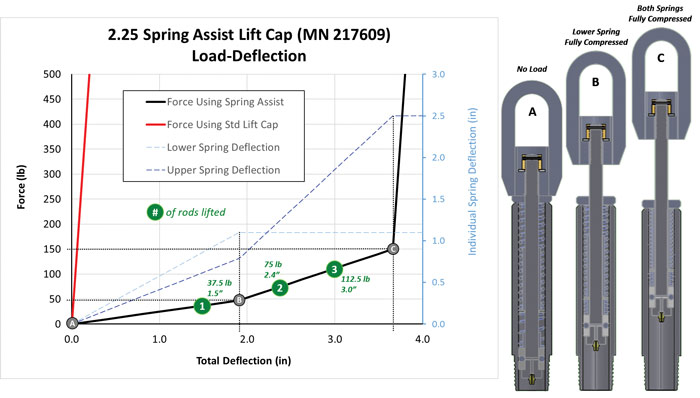 Ample rains the past few years have the United States Army Corps of Engineers out of Omaha, Nebraska, busy from the Mississippi River west conducting geotechnical tests on levies and damns. Augering. Drilling. Coring. From spinning 4.25-inch augers to completing SPT or Shelby tube tests, the drill crew divides up, spreading across the United States with their four conventional rigs.

When Carroll saw the NEW spring assisted swivel pull caps from Geoprobe® he thought it was a “no brainer” to put them on all the rigs.

“It’s easier to turn, making it easier on the hands and the body - the spring does the work,” he said. “When you’re staying busy you do what you can to save the arms and wrists.”

According to Carroll, younger members of his drill crew clearly found using the NEW spring assisted swivel pull caps easier when drilling holes to a couple hundred feet as compared to the traditional-style NWJ pull caps. For them it was simply a matter of working smarter, not harder.

The NEW spring assisted swivel pull cap is available in the following sizes: