Split spoons the shape of balloons when sampling heaving sands have been eliminated since Alt & Witzig Engineering switched to the Geoprobe® 2-inch interlocking split spoon. Their sampling services have also gained efficiency and speed.

“It’s easier for me to get the 2-inch interlocking split spoon back together and move on to the next sample versus the conventional style spoon we were using,” William Ellis, operations manager, said.

Completing a significant amount of work in the rock shallows around Bloomington, Indiana, the crews would often bend their conventional spoons beyond repair.

“The 2-inch interlocking split spoon came out banana-shaped, but once we took them apart they evened themselves out where conventional spoons would stay bent,” Ellis said.

Even crews most reluctant to try them have been won over by the ease of the interlocking split spoons.

“I had a couple of crews who were set in their ways, but one day they needed a split spoon and the only ones I had were the interlocking style,” Ellis said. “Though they’d fought them initially, after having to use them they’ve come around to appreciate them. They now understand they go together quicker with a lot less work to them.”

For Alt & Witzig the ease, speed, and comparable cost keep them stocking the interlocking split spoons with the goal of completely transitioning to this new style.

“You can just grab it and drop it into place without a lot of messing with them to get them lined up, which means the helpers can keep pace with the drillers,” Ellis said. 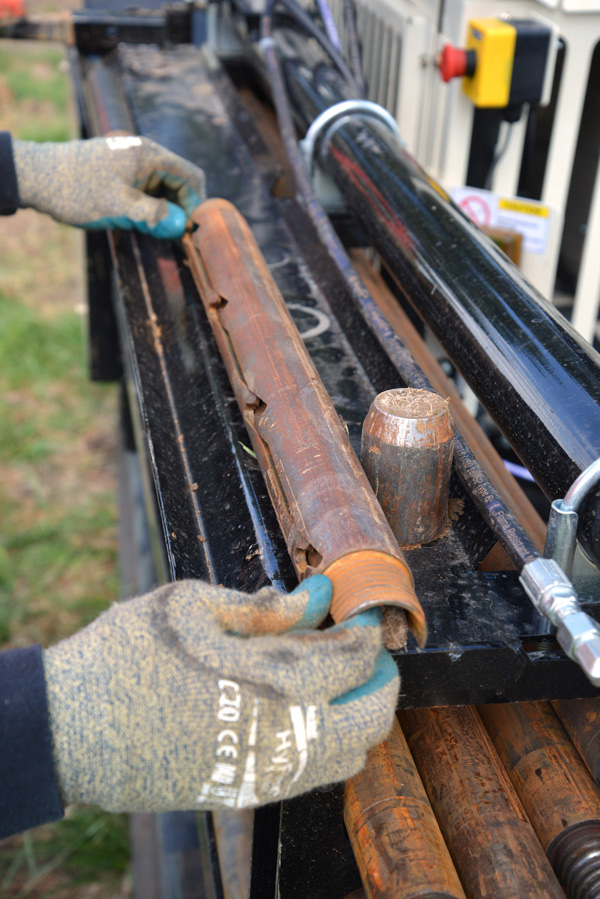