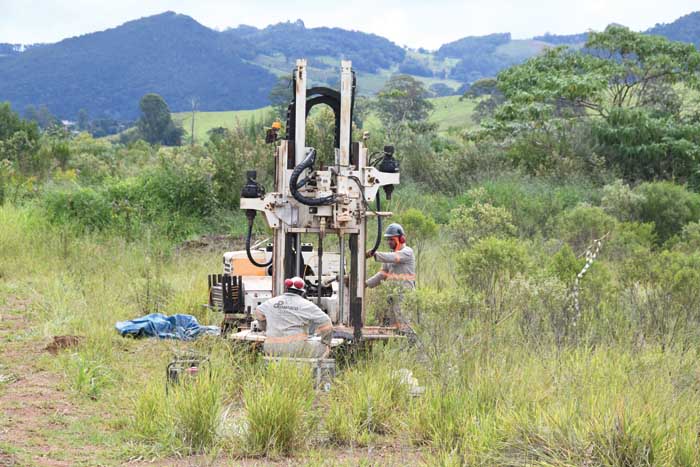 Damasco Penna, a geotechnical engineering company based in São Paulo, Brazil, have been expanding their Geoprobe® fleet since 2008.

“The versatility of our Geoprobe® equipment has opened up possibilities to perform diverse kinds of sampling, coring and other site investigation tests,” said Marcelo Penna, Civil Engineer and Manager of Quality.  “Our contractors also feel confident when they see our equipment since other companies in our country use improvised rigs to perform similar tests.”

“Due to their versatility, we can work with small teams doing a large scope of site investigations,” Penna said.  “We are able to perform rock coring, static penetration tests (SPT), soil sampling, concrete coring and other services all with one or two rigs.”

One such investigation included a site near Poços de Caldas, a city known for its therapeutic hot springs and spas.

“We were hired to complete a geotechnical report,” Penna said.  “We performed CPTU, DMT, Shelby Samples and Mechanical SPT soundings.  We used our 6625CPT and 7822DT rigs in boreholes to 30 meters and also collected rock samples.  Usually, our 6625CPT does the static penetration tests while the 7822DT does the soundings and rock coring as well as soil sampling with Shelby samples.”

Damasco Penna has also been busy evaluating tailing dams for mining companies in Minas Gerais, a large inland state in southeastern Brazil.  In 2015, an iron ore tailings dam in Bento Rodrigues failed, triggering an uptick in site investigations throughout the area.

Their Geoprobe® fleet also easily meets Health and Safety codes, since they can be operated by remote control, have moving parts protections and other safety features.

“Our company is really proud of using Geoprobe® equipment,” Penna said.  “They are very reliable and easy to operate.  Some of our rigs are already 10 years old and working smoothly.” 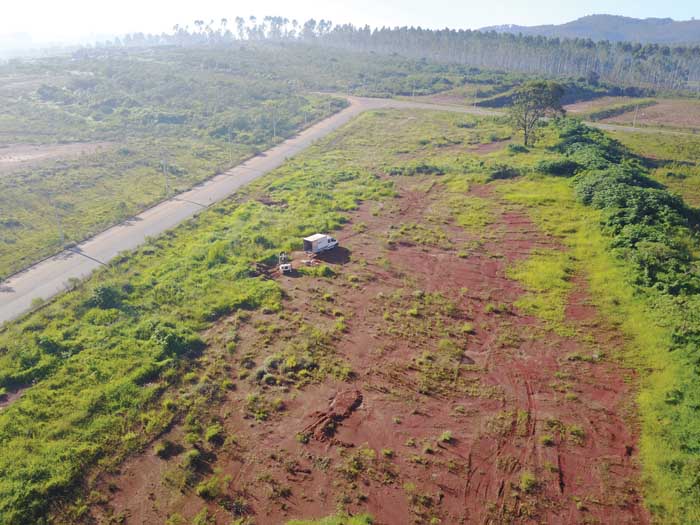 An aerial view of a geotechnical site investigation near Poços de Caldas, Brazil.