The Geoprobe® 7822DT V3 is easy to mobilize on unlevel terrain. The oscillation feature allows the rig to be on a slope at an angle while the drill mast is vertical.

The POWER to WEIGHT ratio of the 7822DT machines is amazing!

When the Geoprobe® Engineering Team released the first 7822DT product in the spring of 2009, we had a good feeling.  We knew many features were designed into the compact-sized track machine.  Fast forward nine years — looking back we had no clue.  We didn’t comprehend the impact the 7822DT product would make on the environment and geotechnical industries.  The power and versatility of the 7822DT offering allowed Geoprobe® customers to exceed their subsurface sampling expectations and grow their businesses in both direct push and rotary applications.  As customers from around the world continue to push 7822DT machines to their limits — tackling difficult site conditions and expanding their subsurface scopes of work — our customers are asking… “How can we do just a little more with our Geoprobe® 7822DT machines?”  In response, the Geoprobe® Engineering Team is releasing the Geoprobe® 7822DT V3.

“I like the additional stability when unfolding and extending the drill mast on unlevel ground.”
Lee Shaw — Geoprobe® Sales

Enhanced Hydraulic Cooling
Load sense hydraulics of the V3 machines supply only the system pressure required to perform requested tasks.  Under light or no load conditions, system pressure is lowered, significantly reducing heating of the hydraulic fluid.  This feature is especially helpful when operating in elevated ambient temperatures and performing high duty cycle operations such as coring, augering, or tracking long distances.

Decreased Fuel Consumption
The V3 operational controls allow the hydraulic system load on the engine to vary depending on the need of the requested task.  For many operations, engine load is reduced and therefore less fuel is consumed as compared to systems that maintain high operating pressures for every task regardless of need.

Strategic engineering design and testing resulted in the 7822DT V3 machine that delivers increased stability, enhanced hydraulic system cooling, and decreased fuel consumption in a package of similar size and weight as previous V2 machines.  As commonly equipped, V2 and V3 machines are the same width, height, and similar weight.

Increased Stability
More than ever, customers are taking the 7822DT to sites that include difficult terrain.  The proven track undercarriage has been widened 9.5 inches.  Increased track width improves stability on sideslopes, especially when hauling tools in optional side racks.  The track system has also been moved forward 6 inches in relation to the powertrain and drill mast.  Why?  Over the last few years we’ve seen an increase in customers who are ‘loading the drillmast’ with optional features for rotary applications (i.e. 4 speed coring head, dual winches, breakout, etc).  These features add weight to the drillmast portion of the rig.  By moving the tracks forward users will experience better fore/aft stability making it easier for users to operate on job sites safely. 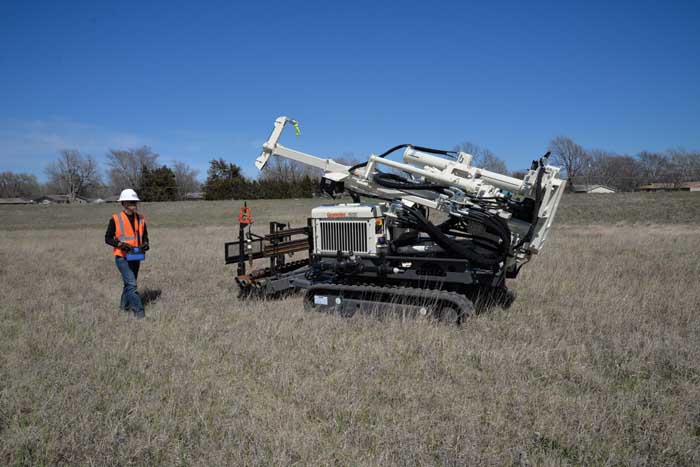 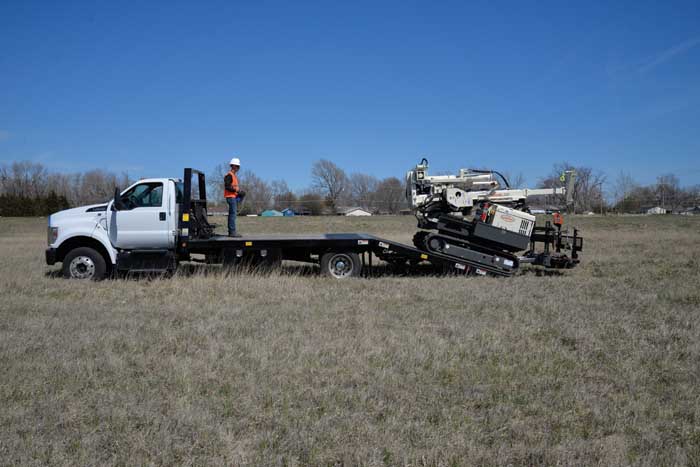 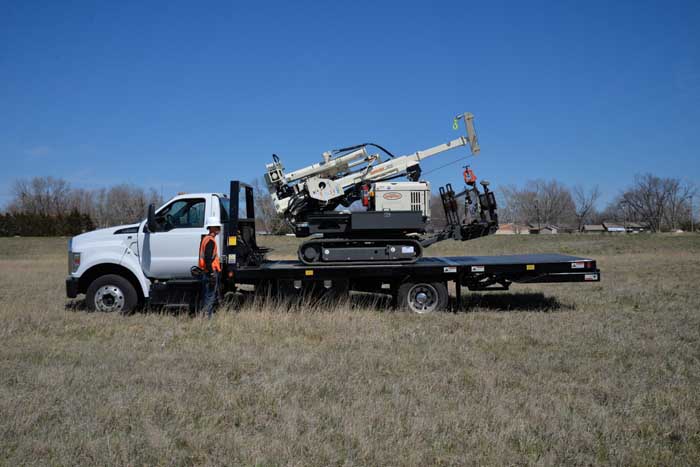 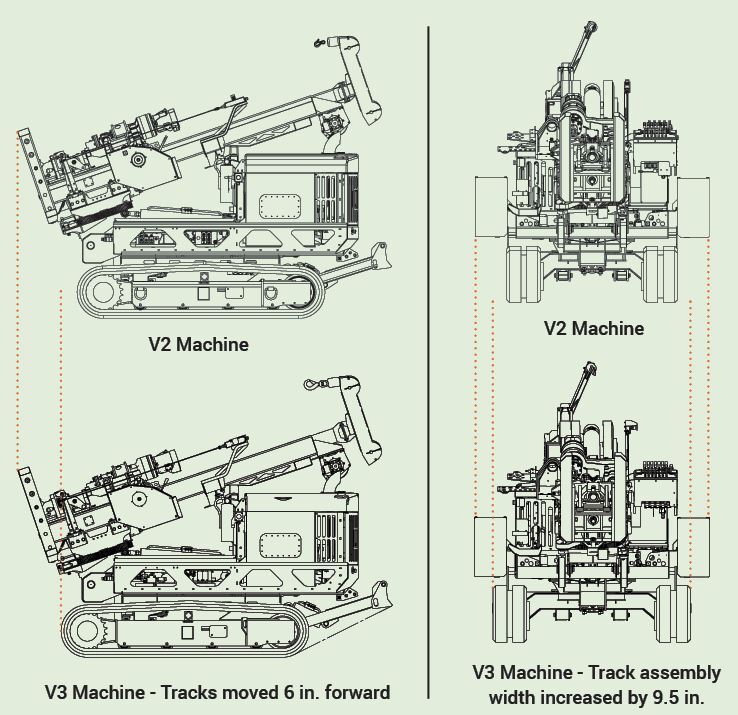 The Geoprobe® 7822DT V3 is easy to mobilize on unlevel terrain. The oscillation feature allows the rig to be on a slope at an angle while the drill mast is vertical.

Mobilizing the 7822DT is simple using the wireless remote. Transporting your tooling is made even simpler with the rear blade for transporting the drop rack tool carrier.

NO CDL Required: Loading and transporting a 7822DT is easy using this F650 transport truck with EZ12 bed.

NO CDL Required: Loading and transporting a 7822DT is easy using this F650 transport truck with EZ12 bed.