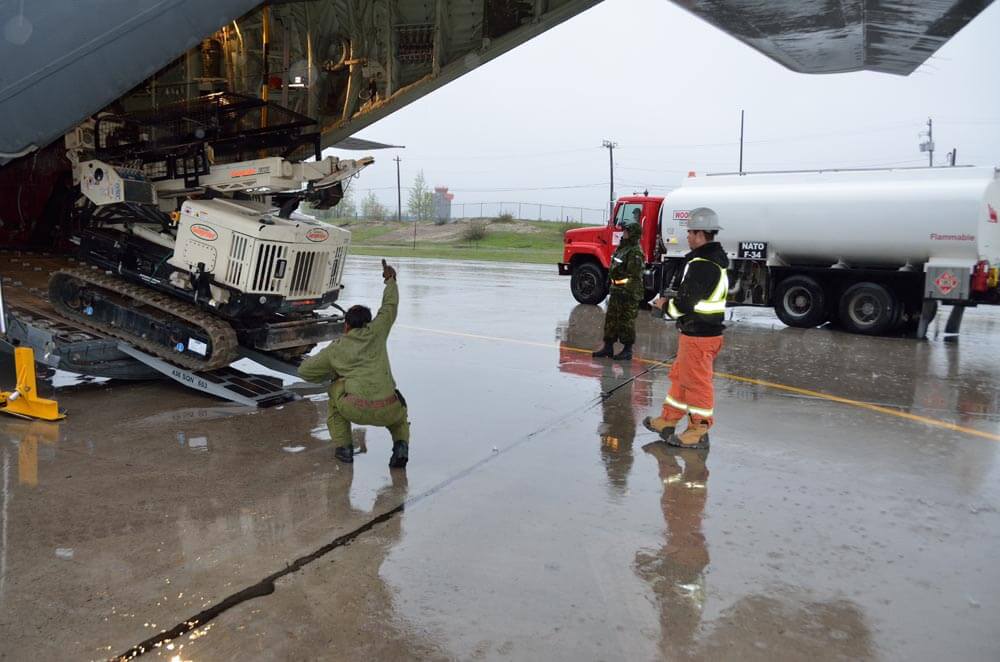 The project was not short on challenges. “We knew there were no access roads to the facility, and with so many geologic unknowns, we knew we needed a drill capable of tackling a variety of drilling applications,” said Tyler Yensen, Managing Partner for ALTECH Drilling. “It needed to be a lightweight drilling machine, capable of flying on a C-130, and versatile enough to perform any drilling applications the Canadian north would require.” The scope of work included the ability to drill 35 feet of overburden and 50 feet into bedrock. They were also required to drill numerous sand points to 35 feet. “We figured our 7822DT was the right machine for the job,” Tyler said.

A CC-130 J Hercules was used to transport the ALTECH field team, supplies and the rig to the training facility about 100 km southwest of Goose Bay. While at the site, the field team performed hydrogeological investigations including deep bedrock drilling using mud rotary techniques to install observation wells. Tyler stated the first 40 feet was a wet sand and silt formation, then they hit bedrock at 40 feet. “We used DT45 tooling (dual tube 4.5 in. diameter) to accomplish the overburden,” he said, “then mud rotary to tackle the rock.”  ALTECH was onsite for two campaigns, approximately six days each. Various pumping tests were also completed.

The project site at 5 Wing Goose Bay is an austere military training facility operated by the Canadian military, 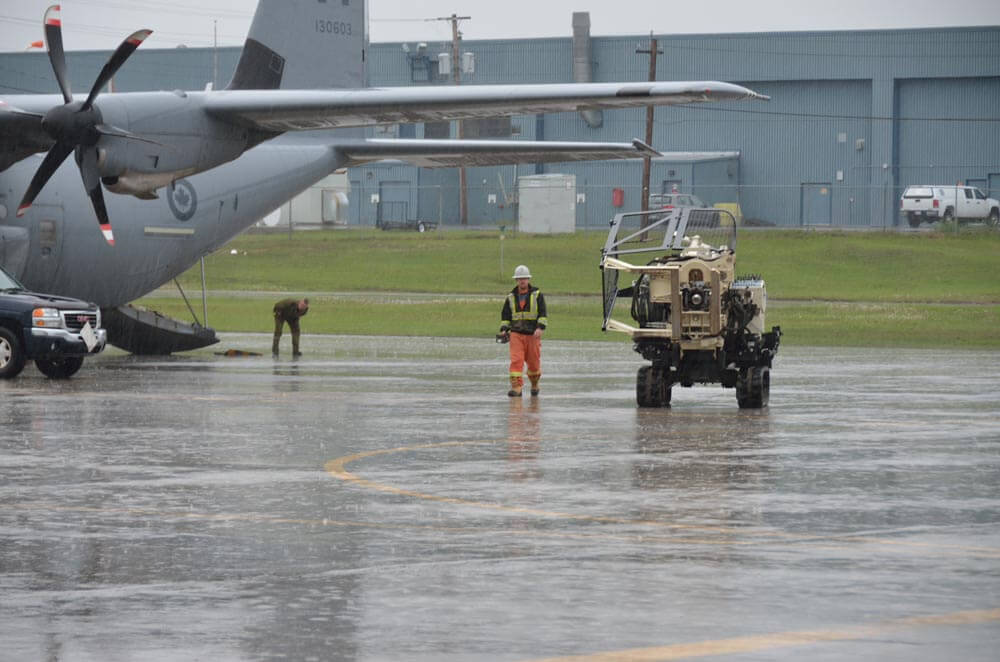 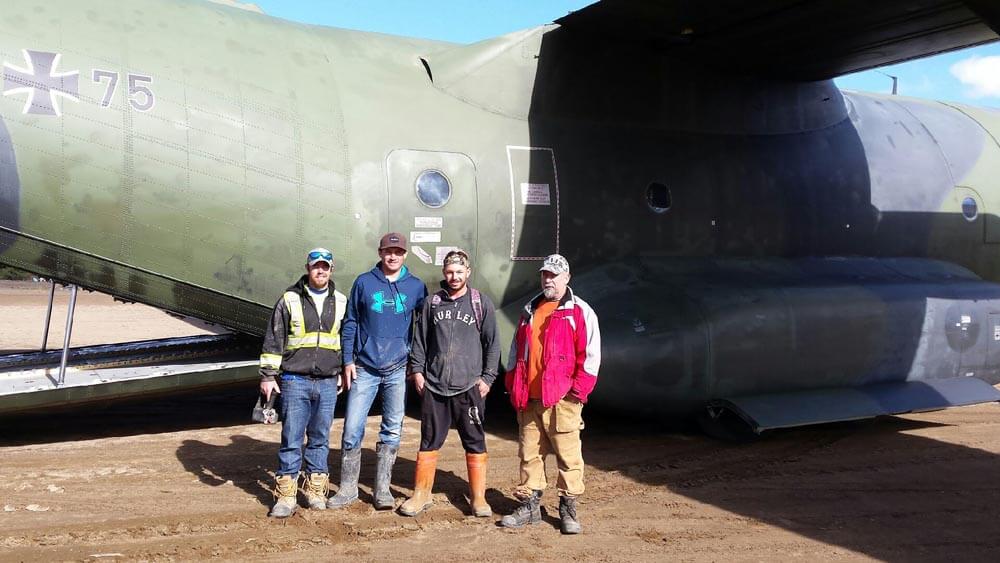 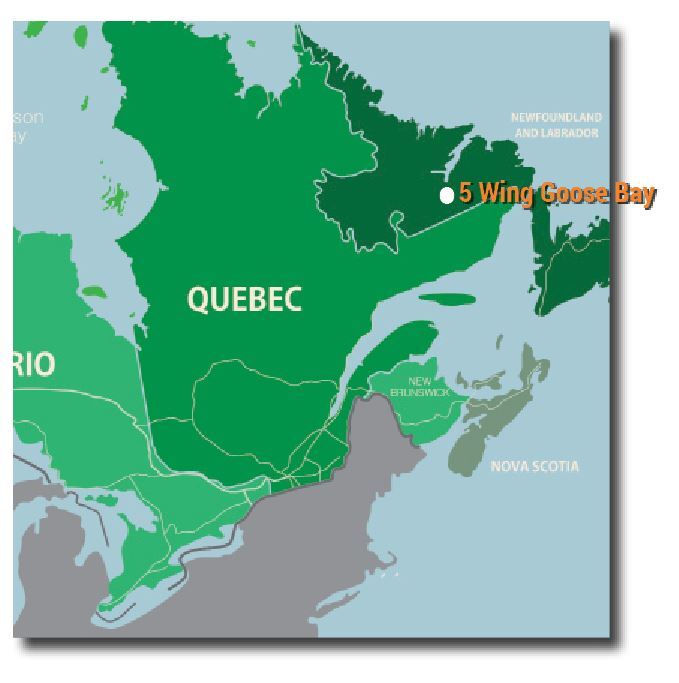 Just off-loaded from a CC-130 J Hercules at an air base in Canada, Brandon Stranz, with ALTECH Drilling and Investigative Services, drives their 7822DT across the air strip after completing hydrogeological work in northern Canada.