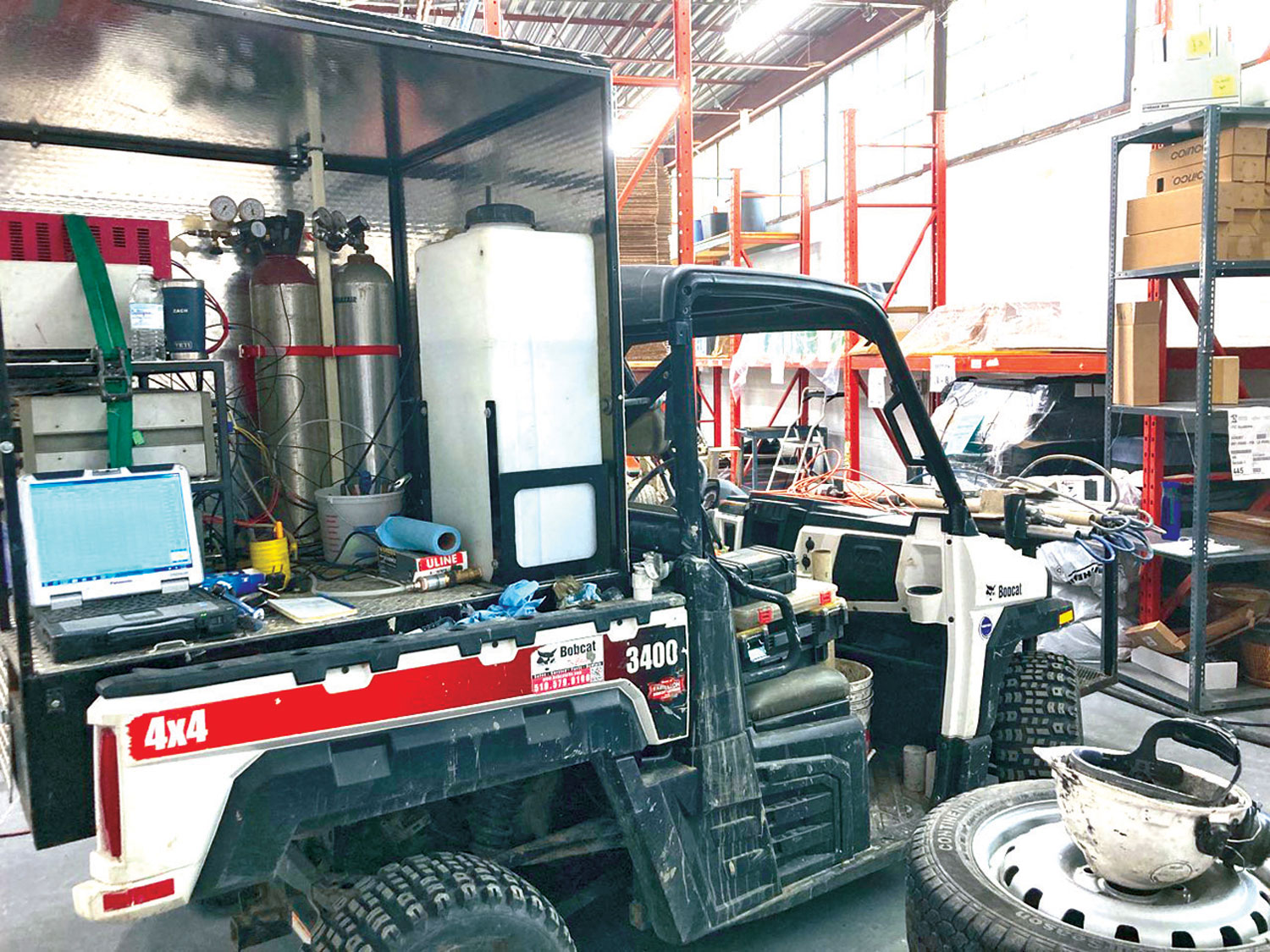 More than 300 years ago Alexander Pope said “a little knowledge is a dangerous thing”. In the case of many subsurface characterization programs being completed today, too little data is also a dangerous thing. It can result in wasted time, energy, and money. Traditional drilling and sampling programs provide basic, necessary data, but the approach can be very inefficient, often requiring multiple rounds of work and once done, the total amount of data obtained is quite small. Subtle subsurface changes can be missed when using this traditional approach alone. Limited site characterization report data requires assumptions to be made to fill in data gaps, leaving room for error and, ultimately, an incomplete or even inaccurate understanding of subsurface conditions. Often the result is too little available knowledge, even after a lot of effort has been spent.

The LL MIHpt survey was completed along a property boundary and several interior locations down to depths of 9.7 m (32 ft) where a groundwater plume of chlorinated solvent contaminated groundwater was flowing onto the client’s property from an off-site source. Prior to completing the LL MIHpt program the PRB design for the site was based on only three monitoring wells and analytical data from a limited number soil and groundwater samples. The PRB was to be 80 m (260 ft) in length along the property line and from 1 to 4 m (3 to 13 ft) in depth. The objective of the LL MIHpt survey was to identify more accurately the geologic, hydrogeologic, and contaminant characteristics along the property boundary to refine the PRB design in hopes of saving the client money.

Chlorinated solvent impacts were detected along most of the property boundary, however, the furthest points of the LL MIHpt program indicated the groundwater plume's outer edges had been identified. Similarly, the LL MIHpt was able to delineate the depth of the contamination impacting the client’s property (Figure 1).

Based on the results of the LL MIHpt site characterization report, the total required length of the PRB was significantly shortened from the original 80 m down to 55 m along the property line. However, if the PRB had been installed based on the limited information originally available, there would have been a significant portion of the deeper chlorinated solvent plume missed since it was located well below the original design depth of 4 m (13 ft).

The HPT pressures recorded at the site generally indicated that the back pressure from the formation increased with depth, sometimes as high as 600 kPa (90 psi) (Figure 2).

All of the data generated from the LL MIHpt program was then modeled in 2D and 3D to aid in interpreting subsurface conditions along the proposed PRB alignment. This included developing a model of the inferred hydraulic conductivities in the subsurface to identify transport and storage zones (Figure 3) as well as a model of the presence and relative concentration of chlorinated solvents in the subsurface on the client’s property (Figure 4).

The data acquired from the LL MIHpt survey allowed the following details to be identified in a short amount of time:

All of these factors were incorporated in developing the final, optimized PRB design for the site.

The data generated from the LL MIHpt survey provided much more certainty on the PRB needed to address the plume of contaminated groundwater migrating onto the client’s property. Had the original design been followed, money would have been wasted in extending the PRB to areas of the site where it wasn’t needed, and the deeper plume would have been completely missed. The refined PRB design resulted in a savings to the client of about 2.5 times the cost of the LL MIHpt site characterization report, while at the same time avoiding failure by ensuring that the entire contaminant plume was captured by the PRB.

Returning to Pope’s proverb, this case study shows how a LL MIHpt survey can provide more than a little data (knowledge) to avoid the danger of potentially wasting time, effort, and costs from inadequate remedial designs. It can also help avoid potential failure of the design! 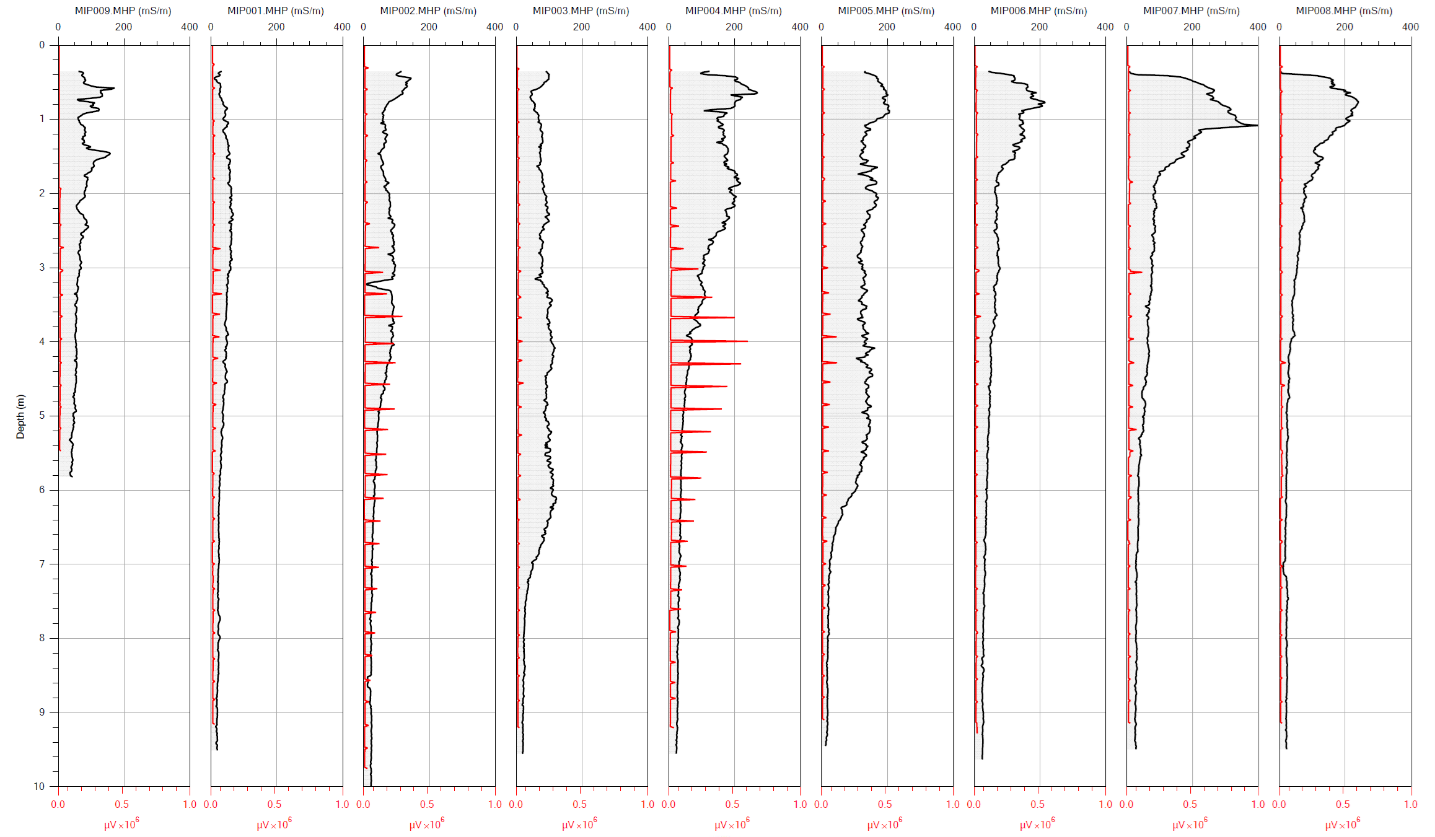 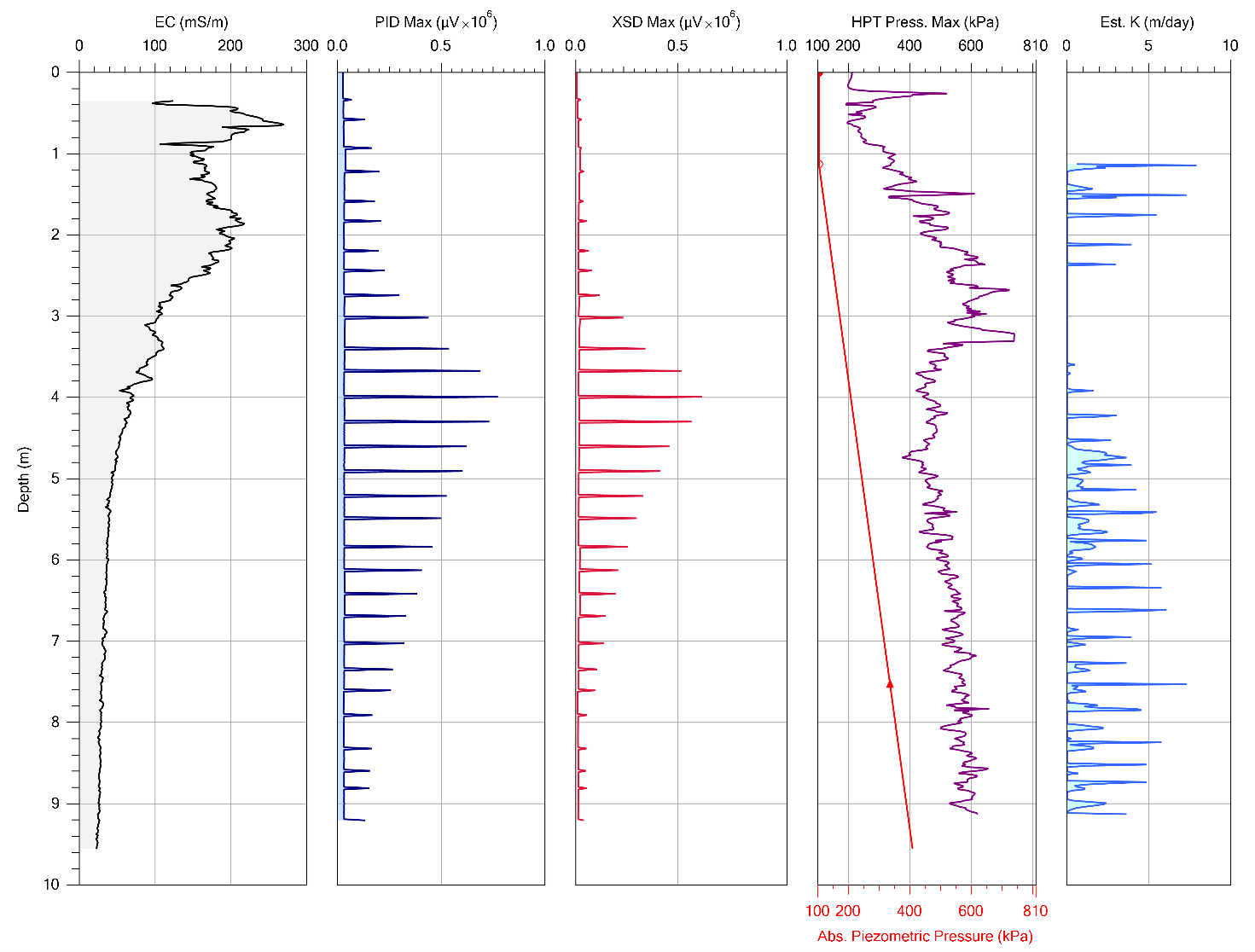 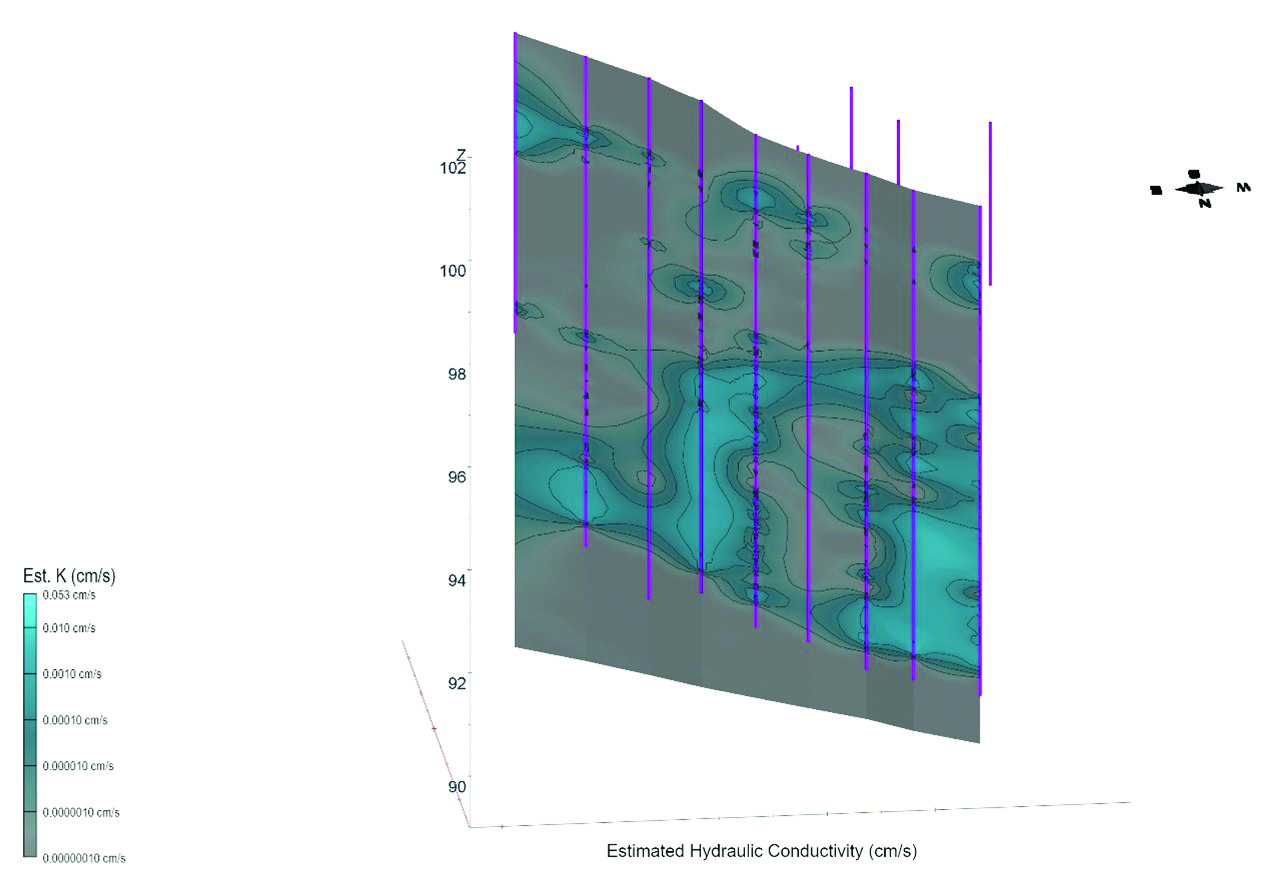 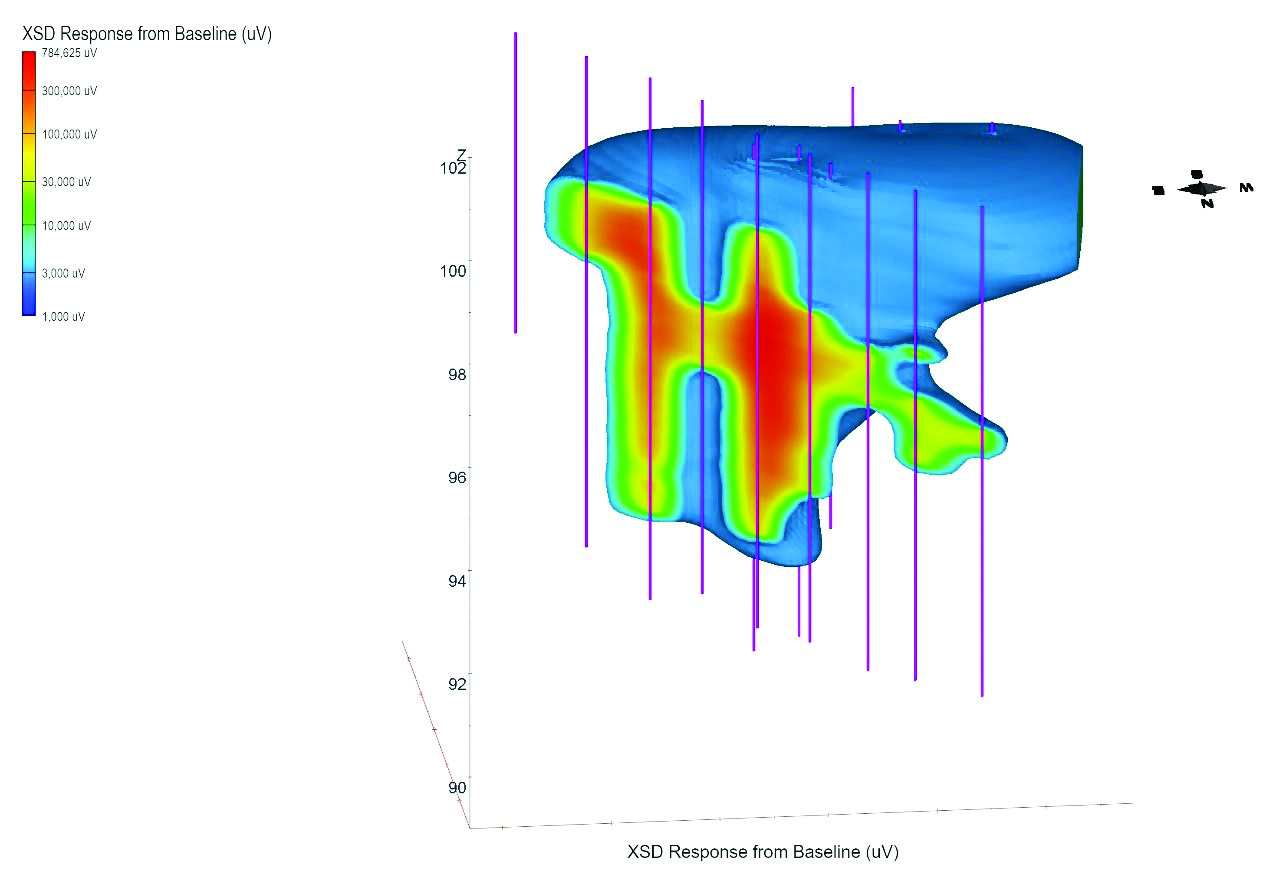 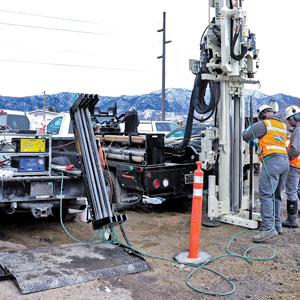 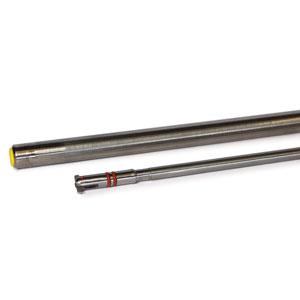 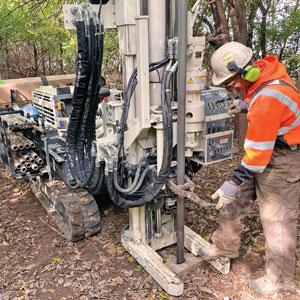