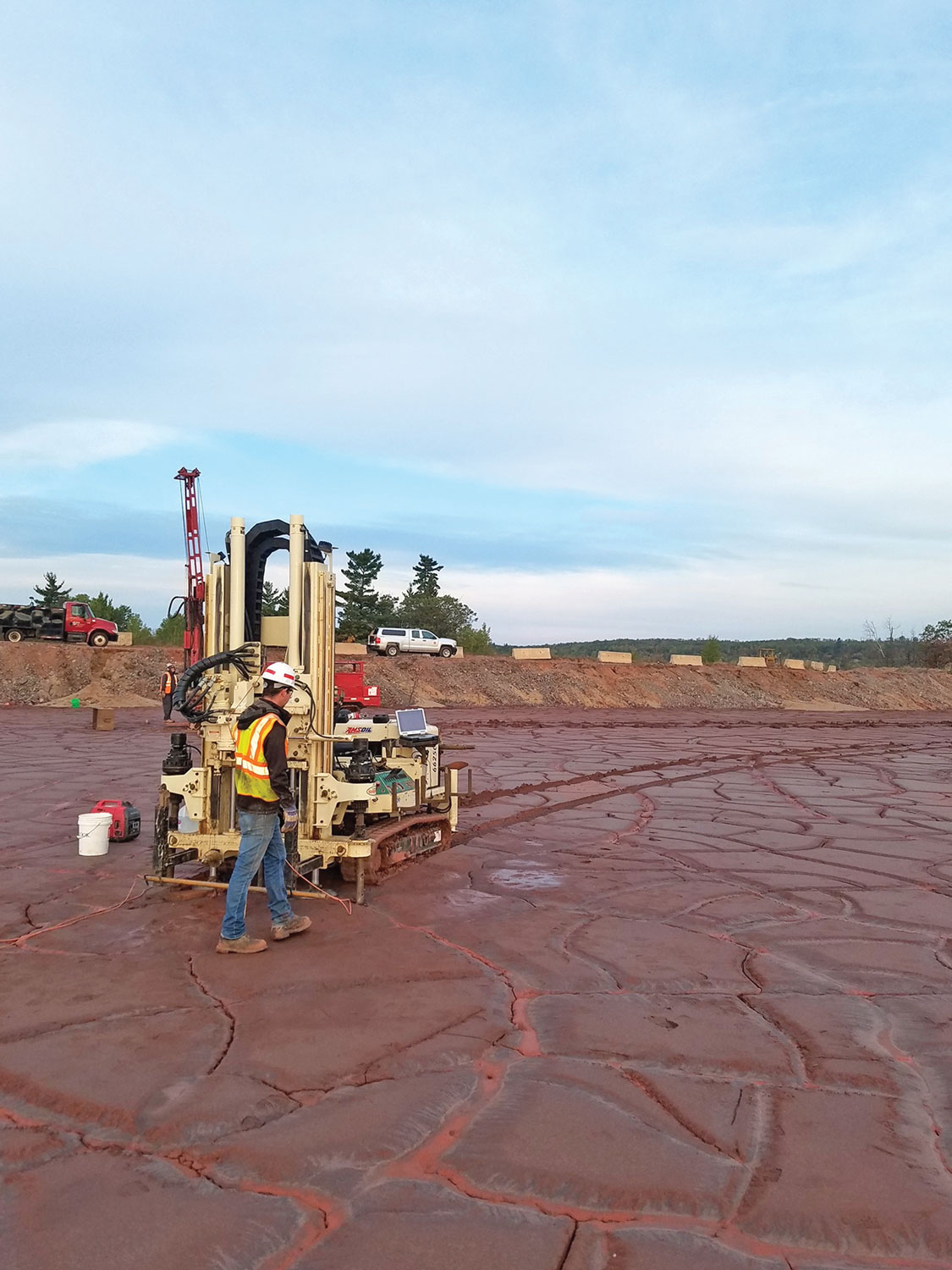 Ease of picking arrival times and producing reports along with using a standard cable with the Geoprobe® seismic CPT module expedites conducting annual geotechnical testing on dams of iron mine tailing basins.

Initially focused on testing oil pipeline welds, the original owners of Twin Ports Testing opened their doors in 1972 as a non-destructive testing company. Throughout the years the company expanded into geotechnical engineering and construction material testing to eventually encompass five business units, including industrial hygiene (lead and asbestos testing) and chemistry (biomass fuel testing). During 2017 several employees joined together to purchase the business and shifted the focus to geotechnical engineering — their area of expertise.

“We’ve remained diversified so not all eggs are in one basket should one business unit slow down, others can pick up,” said Jim Johnson, engineer and one of the owners.

Since 2011 when they purchased a 6625CPT, their geotechnical unit has included cone penetration testing (CPT) for its ability to quickly collect high-quality data that is repeatable and continuous.

“It provides a niche for us with the other nearest CPT company in the Twin Cities. We can minimize mobilization costs,” Johnson said.

With the tailing basins of iron mines near them requiring annual geotechnical testing on their dams, they invested in seismic CPT during 2015. Their initial system worked, but Johnson seemed to always struggle with the data processing and presentation.

“The original seismic CPT system was finicky, requiring manual manipulation, and I would often second guess myself,” Johnson said.

During the 2021 Direct Image® workshop before the Open House he saw the Geoprobe® seismic CPT module in action in the field.

“I was impressed by how much easier it was to use and simplicity of data processing compared to our original system,” Johnson said.

At the same time their original system began requiring repairs more often than desired, so they pulled the trigger on the Geoprobe® seismic CPT module. Johnson found the solution to his data processing woes when they recently used the new system for two weeks on an iron mine tailing basin in northern Minnesota.

“The Geoprobe® seismic CPT module saved time and I was more confident in data I was providing clients,” Johnson said.

Not only was their field work faster, not having to string a different cable to switch between a regular CPT sounding and a seismic CPT sounding, but the post processing of the data was also faster.

“The client likes to see data at the end of every day. The Geoprobe® seismic CPT module saved hours per day in data processing,” Johnson said. “What used to take three hours in the hotel room each night only took 15-20 minutes.”

The improved data processing and presentation imperative to Johnson when a buying a new system was realized using the Geoprobe® seismic CPT module’s simple software system to:

Other advantages of the Geoprobe® seismic CPT module include:

“We have an 120-foot tool string with cable on rack. With the old seismic system we’d have to unstring the cable and restring with a thicker cable to use it. This would eat up a half-hour to an hour each time while in the field,” Johnson said. “The Geoprobe® seismic CPT module uses one cable. Just disconnect the cable adapter, replace with seismic, and away you go. Saves one to two hours per day if on a project where you are switching back and forth.”

Johnson appreciates Geoprobe® hearing feedback from those in the field and making adjustments to provide a better product.

“I like that Geoprobe® is always innovating while others are still building the same machine. They find new ways to make my job easier,” Johnson said. “Every time I search through the Source Book I find a new tool that I think, ‘I can find an application for that!’”

“I learn something new about CPT every time I talk with Troy, which is fantastic since I consider it my area of expertise,” Johnson said.

Ease of picking arrival times and producing reports along with using a standard cable with the Geoprobe® seismic CPT module expedites conducting annual geotechnical testing on dams of iron mine tailing basins. 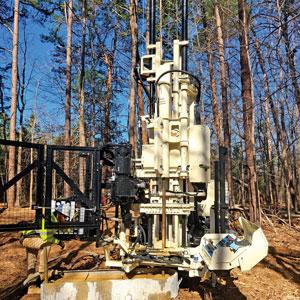 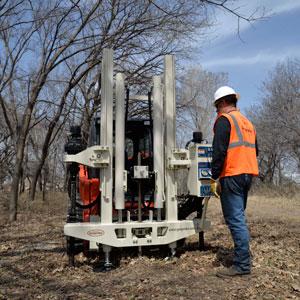 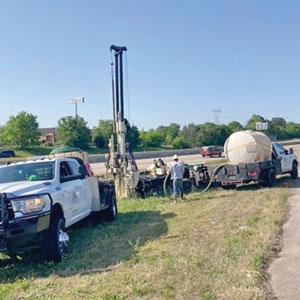 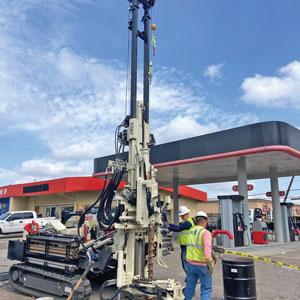